The 3 Pillars – Feeding The Homeless Trust (Registered Charity No. 1173518) has been established following a recent article in Freemasonry Today where two brethren from West Lancashire set-up a charity to feed the homeless.

WBro Mick Pescod contacted the two brethren concerned and joined them in Peterborough with a view to support this initiative. WBro Ged Dempsey joined WBro Mick at the feeding station shortly afterwards and that’s how it all began. 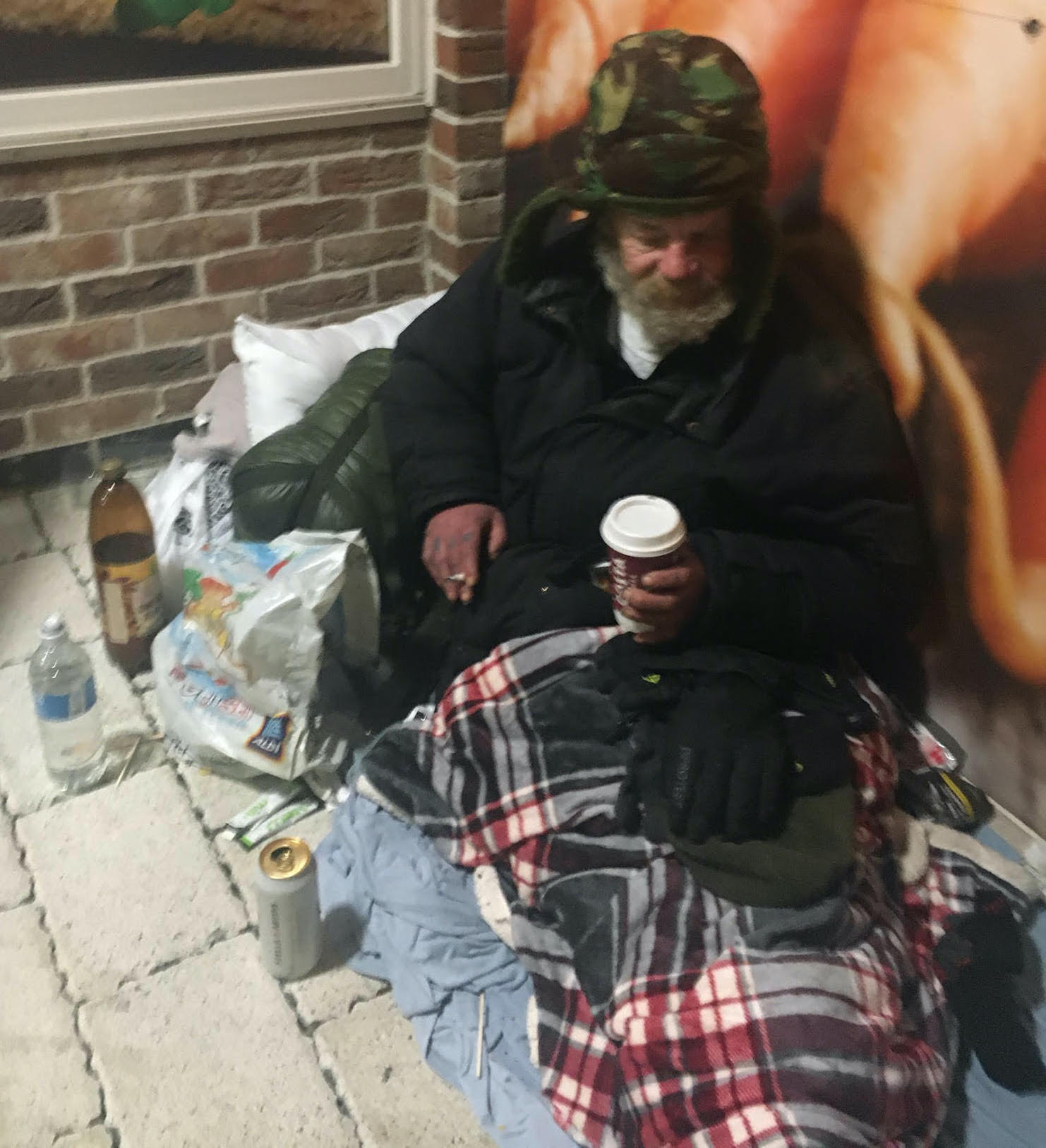 It was clear to both WBro Mick and WBro Ged that there was a real need in the community for this type of initiative and that Freemasonry could make a significant contribution to supporting this within our Province.

Brethren will be aware that, historically, Freemasonry had made financial contributions to many charities. This time there was a real opportunity for Freemasons to not only contribute financially, but also to undertake day-to-day charitable work.

The decision was made that, having seen the need within the community, a standalone charity should be created to carry-out the work. That said, there would be one key difference: the Charity would be managed and run by Masons thus "Putting Freemasonry right into the heart of the Community".

A Barclays bank account has been opened so that donations can be received - details are shown below.

A van has been purchased and it is hoped this will be converted into a catering van with the facilities needed to provide hot food. At present the Charity operates every Tuesday and Thursday at the Brewery Tap car park in Peterborough City Centre; it has been there since September 2016.

What started off as a trickle of 10-12 volunteers has grown significantly. There are now between 50-60 persons providing food; also offering clothes, blankets and sleeping bags.

Bro Lee Garner and his wife April have been a major help in setting things up and have been on site almost every night. Lee has set up a rota to ensure that volunteers are available for the next three months. He has also created web and Facebook pages containing information about the Charity and photographs of its activities -

Main Objectives of the Charity

The name of the Charity - ‘The 3 Pillars - Feeding The Homeless’ - is clearly Masonic in nature. The Charity's objective is to:

It is expected that Masons will be the major contributors to the Charity. It will not, however, preclude non-Masons from contributing financially, manning the feeding stations, or providing donations of food, blankets, sleeping bags and clothes - this is happening already. Many Lodges have also made spontaneous financial donations and provided assistance in other ways. 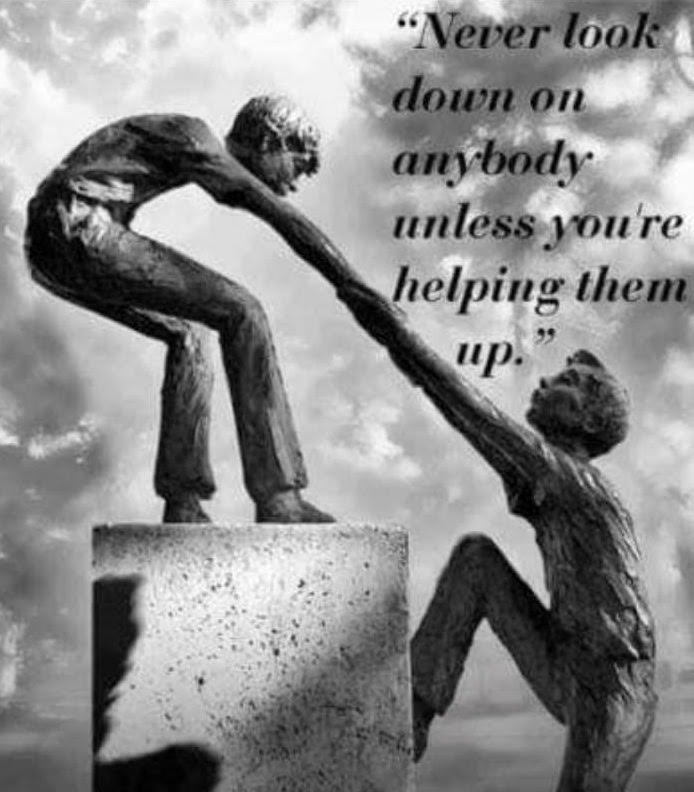 How the Charity Will Be Run

The Board will meet a minimum of four times a year; also as and when required

No Trustees will be paid a salary but all legitimate, receipted expenses will be reimbursed. In normal circumstances these will need to pre-agreed.

A number of businesses have agreed their support, namely Booker, Sainsbury's and many local businesses.

Many individuals have also given - and will continue to give - support by donating money, clothing and bedding, and their time.

The Charity will continue to work with other similar organisations who have been extremely helpful in guiding and supporting the start-up of this project, particularly Karen Dunn and Nikki Lightfoot-Fulcher from Helping Huntingdon Homeless and Surrounding Areas.

The Charity is always looking for additional volunteers who are prepared to provide specialist help. These include nurses, chiropodists, paramedics and any other person who has skills that can assist people in need.

The long-term goal is to acquire additional catering vans and extend the Charity's reach so as to cover the major towns and cities within the Province of Northamptonshire and Huntingdonshire. The plan is to decorate each van with Masonic livery thus creating a visible presence of Freemasonry in the Community. 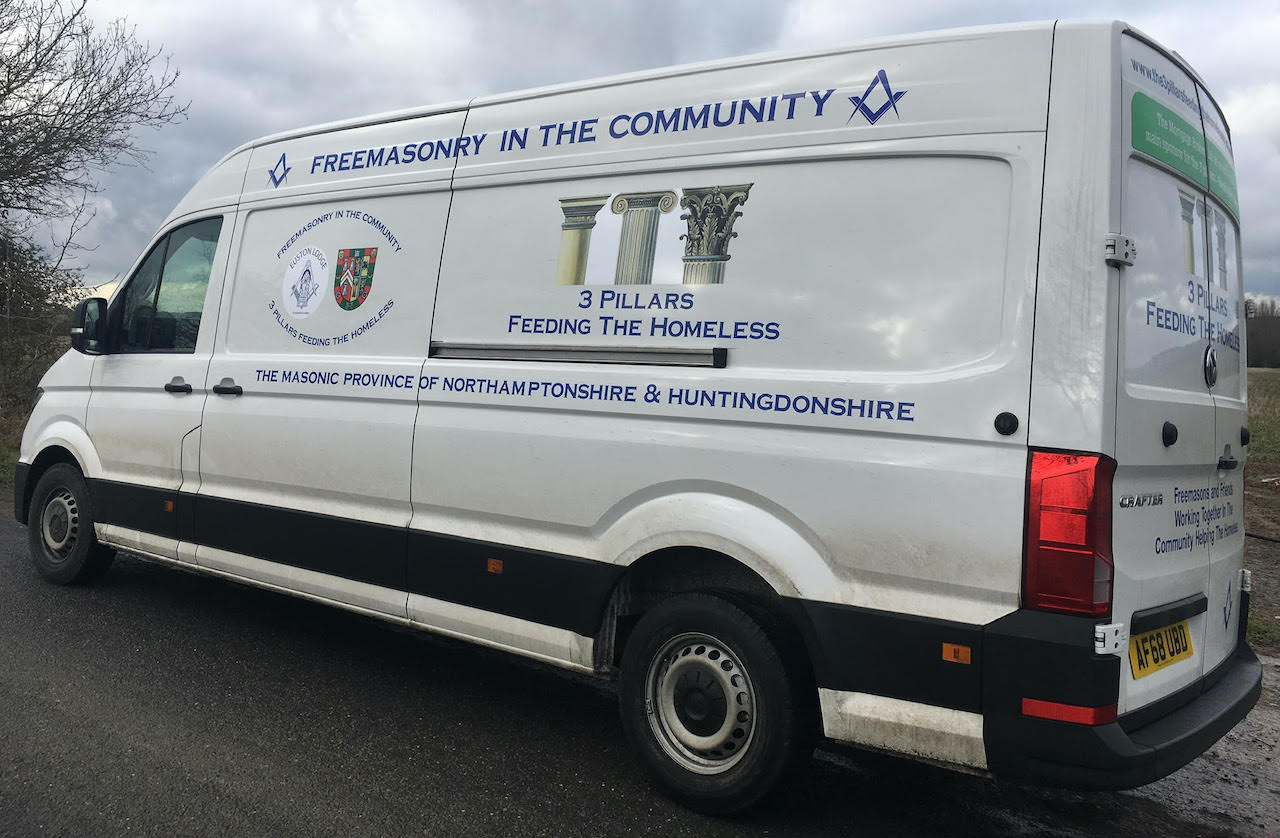 It is hoped that the Charity will provide a lasting contribution to people in need and take Freemasonry well and truly into the community.

This will be a wonderful legacy to leave in the year of the Tercentenary.