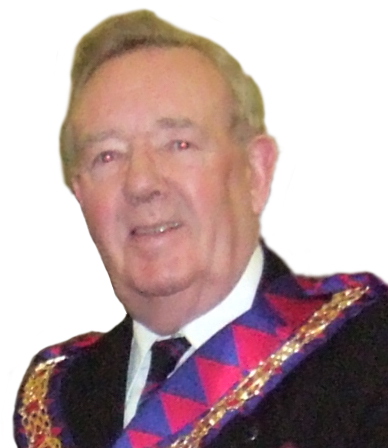 We are saddened to announce that on the morning of Saturday 6th January, E Comp Ken Bacon passed peacefully to the Grand Chapter Above.

He had been unwell for some considerable time; his widow, Joan, who has endured her own health problems over the last few years continues to reside in residential care in Kettering.

We remember E Comp Ken as our Deputy Grand Superintendent between the years of 2000-2006 prior to which he served Province as our PrGScribe E for five years. He was a loyal servant to the Royal Arch Province and to E Comp Peter Kitson in particular during his time as our Grand Superintendent. E Comp Ken will be remembered fondly by all those who had the pleasure of knowing and working with him.

In the Craft, he was initiated into St Crispin Lodge No: 5627 in March 1971, progressed through the various offices until made a Grand Officer in 2004 as Past Assistant Grand Director of Ceremonies. He was exalted into St Crispin Chapter No: 5627 in May 1975, progressing through the various Provincial offices in the Royal Arch from PPrGStB in 1987 until attaining the high office of Deputy Grand Superintendent in the year 2000. Ken will be remembered with affection for his relaxed and approachable demeanour in all that he did. He was always ready to share the best of companionship with Companions, young and old, and whilst his active involvement, both in the Craft and the Royal Arch, has been somewhat restricted over recent years for obvious reasons, he will be sorely missed by us all.

Outside of Freemasonry, E Comp Ken was very much involved in public and political life in Kettering. He served as a councillor and was Mayor in 1980. He was also a councillor of St Peter and St Paul Church, where it's well known that he continued attending even when life proved difficult for him. Football was another passion for E Comp Ken and he played at United Counties Level and was the League Secretary in the 1970s. He was also a keen fan of Kettering Football Club ("The Poppies").

We extend our sincere condolences to Mrs Bacon and to her family. May E Comp Ken now rest in peace.