On Thursday 26 June 2014 Provincial Grand Chapter was held at Sheaf Close. The Most Excellent Grand Superintendent, EComp Wayne Williams, had much pleasure in welcoming the record attendance of over 250 Companions, including senior representatives from 20 other Provinces.

Today, E Comp John Phillips takes his retirement from the Provincial Executive as our Third Provincial Grand Principal after two very successful years during which he has contributed so much to the Provincial Team and to the well-being of the Province.

And today, we also bid farewell to E Comp Robin Hitchcock as our PrGAlmoner. Thank you, Robin, for the time and commitment you have so readily given over the last seven years in establishing the Chapter Almoner role. The Almoners’ role in my view is absolutely crucial with so much emphasis placed on retention and retrieval and whilst your journey has had its ups and downs, you are the one who has established a framework upon which your successor, E Comp Del Pearson, can now continue to build with confidence. 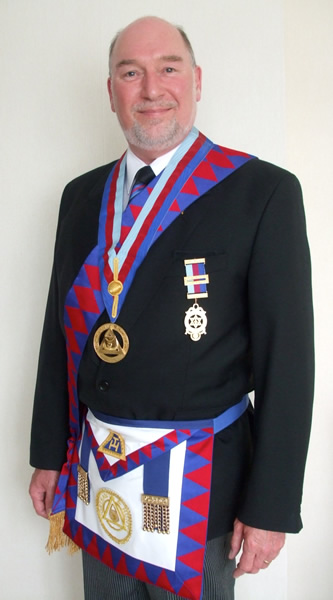