On his official visit to St John’s Chapter No: 3972 on Wednesday 17 February, our ME Grand Superintendent, E Comp Wayne Williams, was joined by three distinguished visitors from the Royal Arch Province of Gloucestershire & Herefordshire – the ME Grand Superintendent Graham C King, the Third Provincial Grand Principal, David W Ford, together with E Comp George Lee. It was an ideal opportunity for E Comp George to bring home and formally present back to the Chapter the IPZ jewel previously belonging to the late E Comp Leo Coulston together with an original Chapter Founders’ jewel which was also previously in Leo’s possession.

E Comp George Lee, in years past, was at school with E Comp Leo who, over recent years, had enjoyed strong Masonic connections in both this Province and the Province of Gloucestershire & Herefordshire. E Comp Leo passed to the Grand Chapter Above on 17 January 2014 at his home in Gloucestershire. He was exalted into St John’s Chapter on 15 February 1967 and attained the First Principal’s Chair in 1981. He became a joining member of the Gloucestershire Schools Chapter No: 7228 in November 1985 and was proudly a Founder of our own Buckby Castle Chapter in January 2000, serving as Scribe N for 8 years up until November 2008.

In the Craft, E Comp Leo was awarded the rank of PPrJGW both in this Province and the Province of Gloucestershire but, with the passing of the years, he gradually found it necessary to curtail his Masonic commitments. Yet many Companions in both Provinces will fondly remember E Comp Leo Coulston who truly lived respected and died regretted. 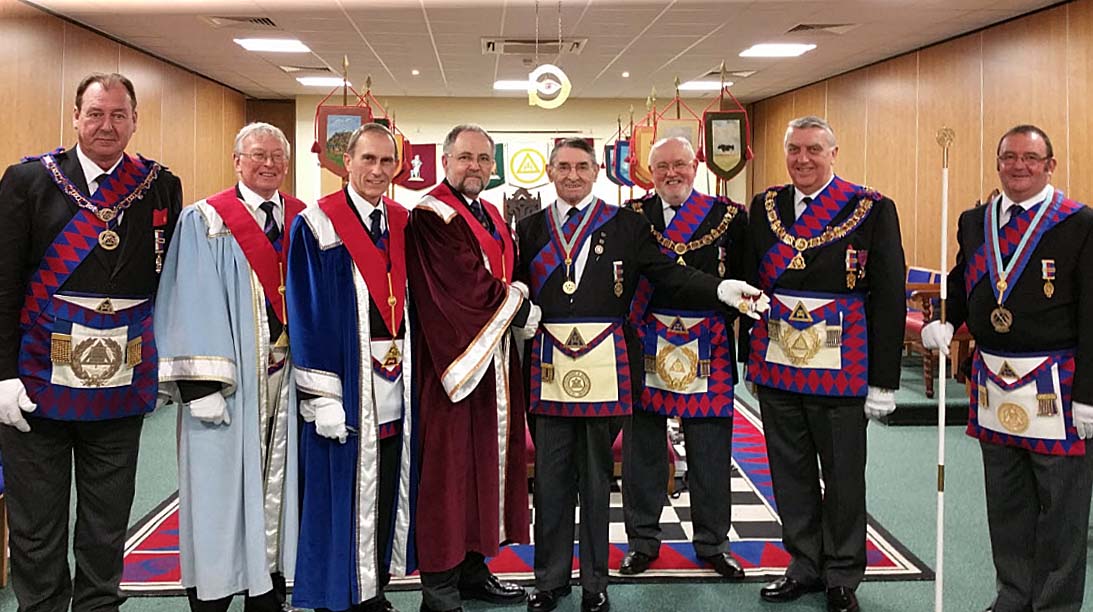