The warrant of Pomfret Lodge No. 360 is dated the 16th of October 1819, so in 2019 they will be celebrating their bicentenary - the first lodge in the Province to do so.

Pomfret was never consecrated as there was no Provincial team at that time. It would appear that the Earl of Pomfret, after whom the Lodge is named, served as a figurehead Provincial Grand Master. 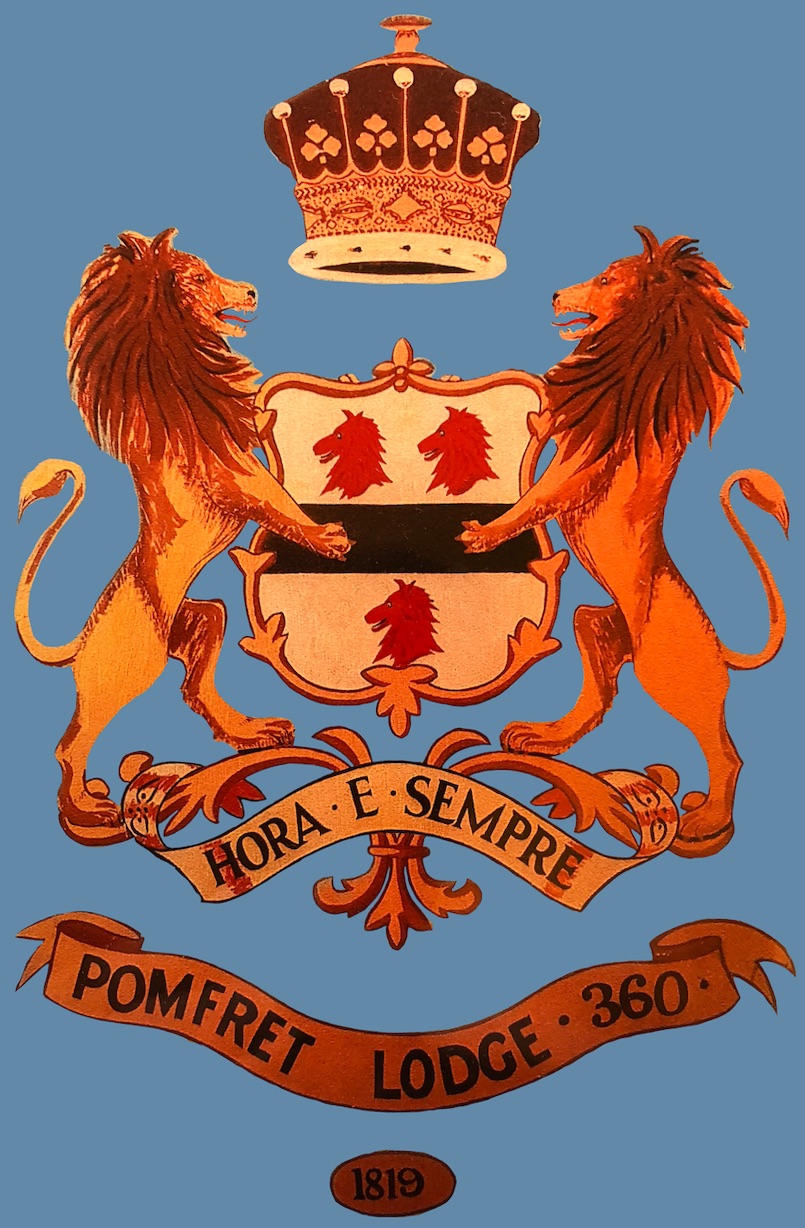 From humble beginnings - their first regular meeting was on the 9th of November 1819 at the Fountain Inn, College Street, Northampton (now The Boston Clipper) - Pomfret can now boast 93 progeny lodges in the Province of Northants and Hunts, and the Province of Bedfordshire. They also have a proud history of 200-years of continuous meetings.

Pomfret Lodge has eight regular meetings a year on the first Thursday of the month at Freemasons’ Hall, Sheaf Close, Duston, Northampton.

The Lodge's bicentenary year will kick off on January the 3rd with the installation of the Master Elect, WBro Mark Charteress, in recognition of his outstanding Masonic service to both the Lodge and Province.

In addition, there will be three special meetings during the year, and the Lodge will be inviting all Provincial brethren in general, and brethren of their 93 progeny lodges in particular, to attend.

There are also plans to stage a bicentenary gala dinner in the autumn.

Lodge Secretaries will be sent full details of these events together with booking forms. The members of Pomfret Lodge are particulary looking forward to welcoming guests throughout the year.

All in all, 2019 promises to be a very special year for both Pomfret Lodge and the Province. It is hoped that the publicity generated will increase the awareness of Freemasonry and attract new members.

Any questions, queries or clarifications should be sent to WBro Mark Deane PProvSGD, Pomfret Lodge Secretary, using the contact form.