WBro Edwin Charles Lyles PPGReg was initiated into the Lodge of Perseverance No. 455 on Monday the 16th February 1959.

On Saturday the 2nd March 2019, some 60-years later, WBro David Watson PAGDC together with the Lodge of Perseverance Almoner, WBro Graham Rogers PPGSwdB, visited 97-year old Eddie at home in Kettering, so that WBro David could present him with a Diamond Jubilee certificate in recognition of his dedicated and faithful service to Freemasonry. 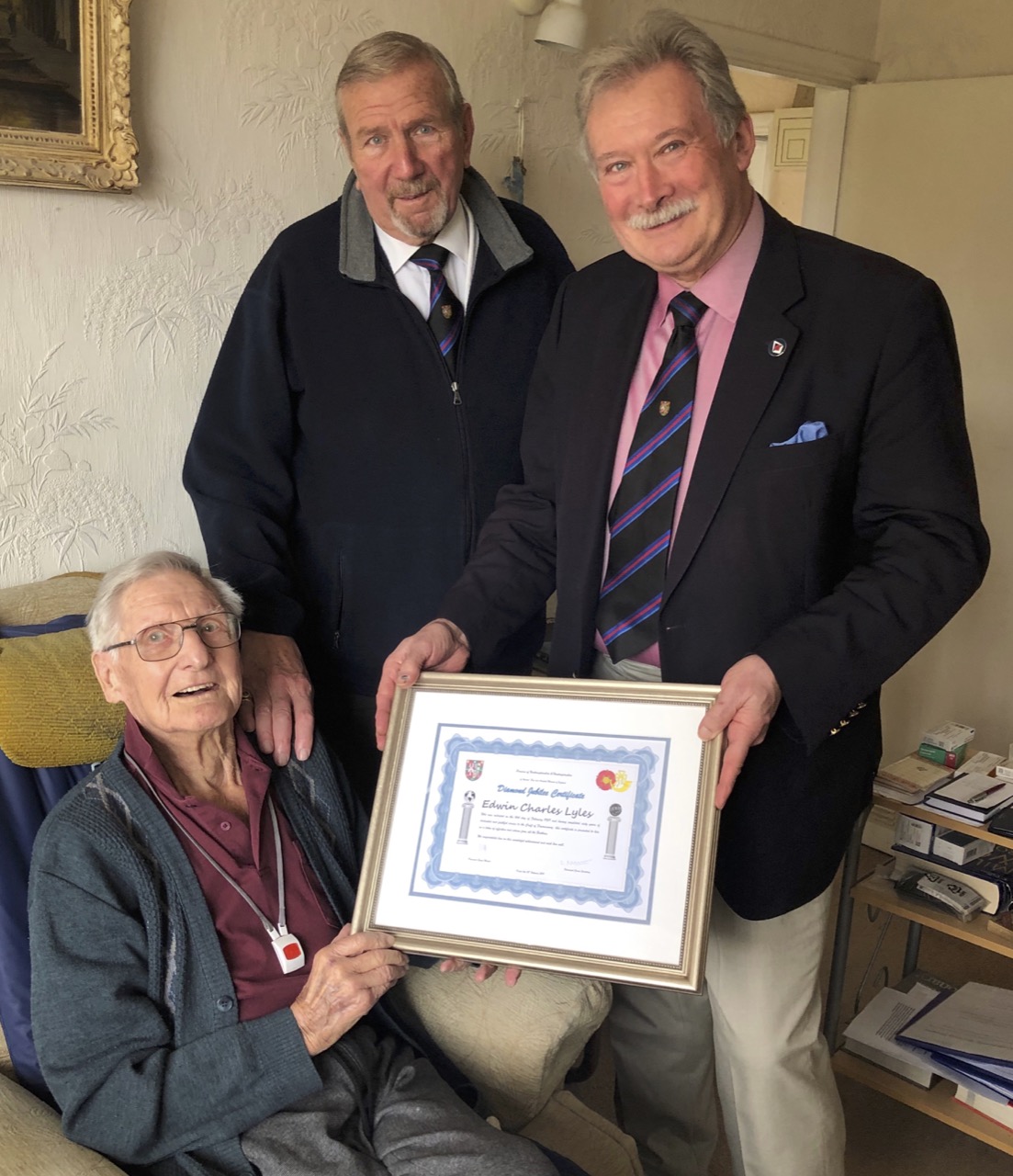 In 1941 he was posted to Sudan, and he continued to serve in Egypt until the end of WWII in 1945 - some 4-years away from home on active service with no leave.

Following the war, Eddie continued to serve in the RAF, receiving a 2-year posting to Japan in 1946. He met and married his wife, Pauline, that same year.

Following his return to civilian life, Eddie went to work in the leather industry in Kettering, a role he continued to perform until retirement.

Having been proposed into Freemasonry by his father WBro C.W. Lyles (who was himself Worshipful Master of the Lodge of Perseverance in 1946) in 1959, WBro Eddie worked his way through the various offices becoming Worshipful Master in 1973.

He received his first Provincial appointment as active Provincial Grand Standard Bearer in 1979, and went on to receive additional past-rank promotions in 1980, 1986, 1994, and 1999. 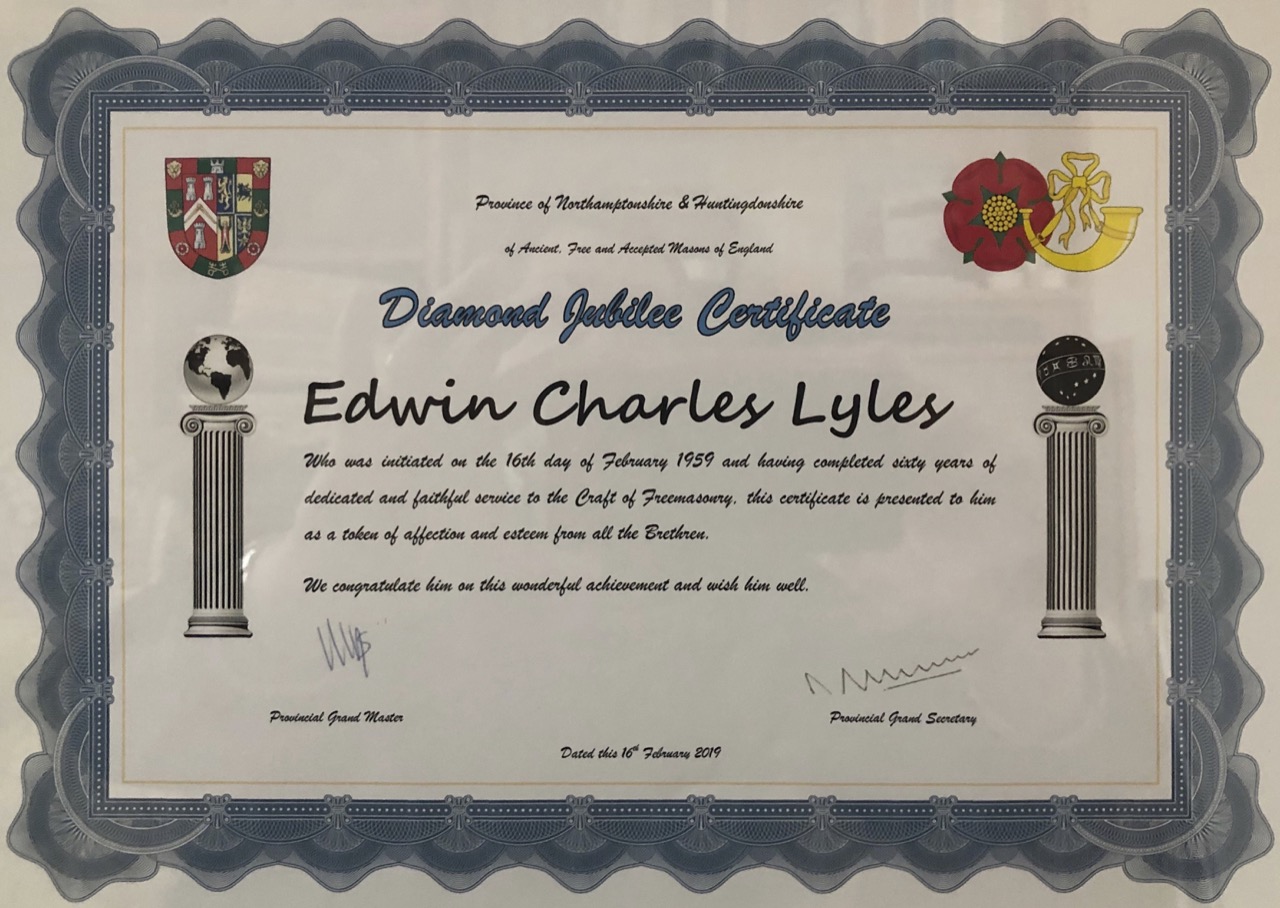 Eddie and Pauline have now been happily married for over 70-years during which time they raised 3-sons - a truly wonderful achievement.

WBro Graham was pleased to present Pauline with a beautiful bouquet of flowers, if for no other reason than putting-up with Eddie all this time! 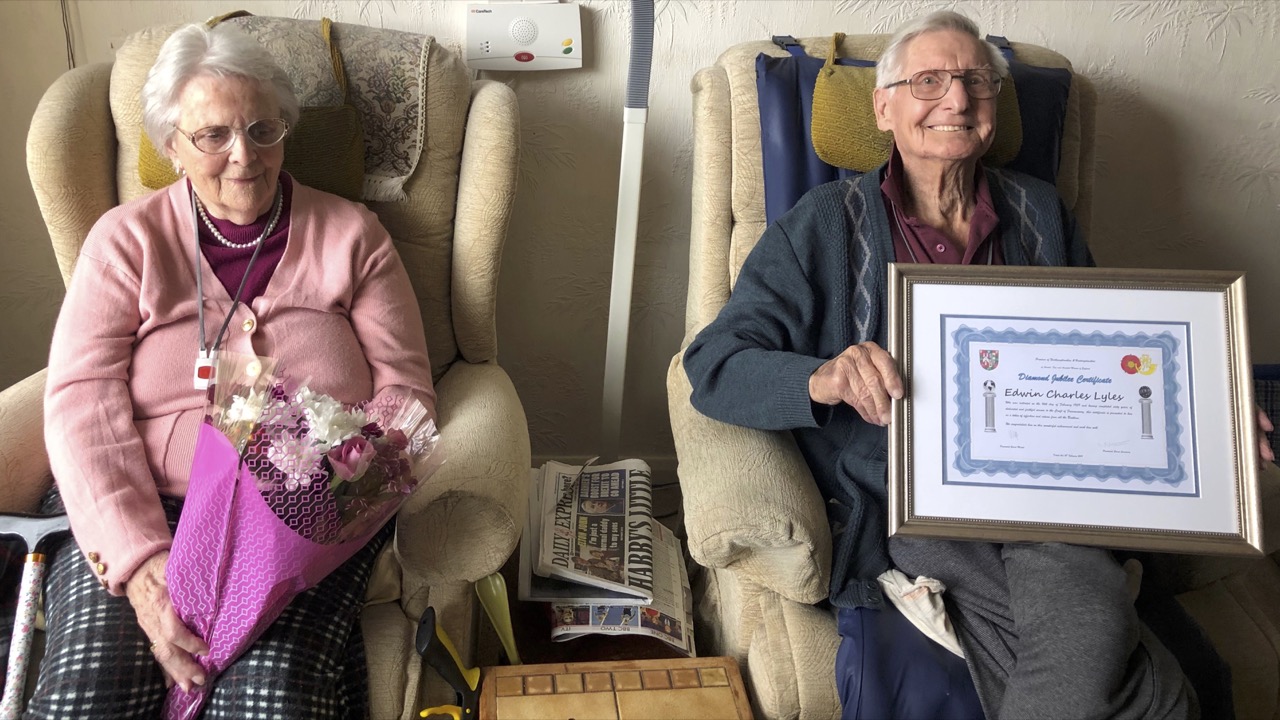 We congratulate Eddie on receiving his 60-year certificate and thank him for everything he has contributed to our wonderful Order.

We wish both him and Pauline many more happy years to enjoy their retirement.