During March 2019, two Corby lodges, Corbie Lodge No. 9155 and Ferraria Lodge No. 8489, celebrated significant milestones within 6-days of each other.

Brethren from both lodges paid reciprocal visits to the other thus resulting in two well-attended meetings thoroughly enjoyed by all.

Corbie Lodge kicked-off the celebrations with their 300th meeting on Thursday the 14th March 2019.

During the evening, Bro Ronan Keegans was raised during a super ceremony led by the Worshipful Master, WBro Ian Lapsley.

Corbie Lodge’s two remaining founder members, WBro Mike Coleman PPJGW and WBro Peter Konarczak PPJGW, were presented with a commemorative glass together with a comic printed on the day of the Lodge's consecration. 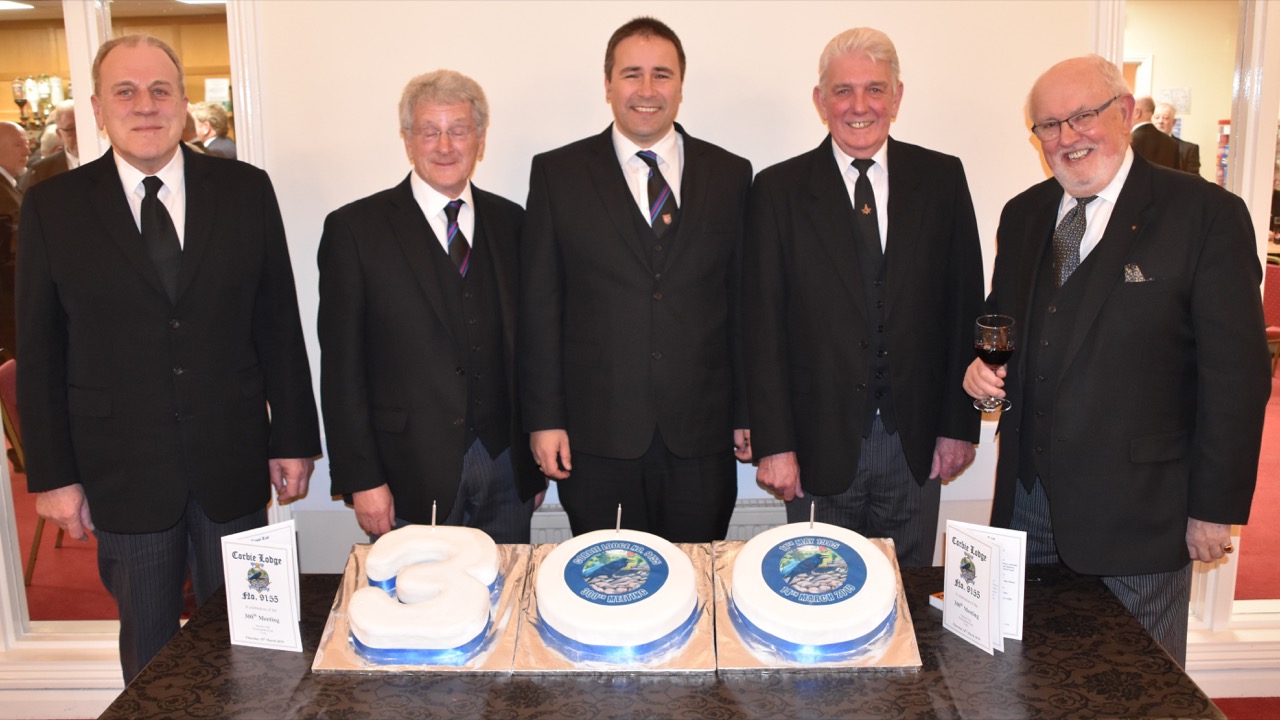 The festive board included a quiz about Corbie Lodge, which - strangely enough - was won by a Wellingborough Mason, WBro John Marlow!

WBro Lou and VWBro Wayne were both presented with bottles of whisky. 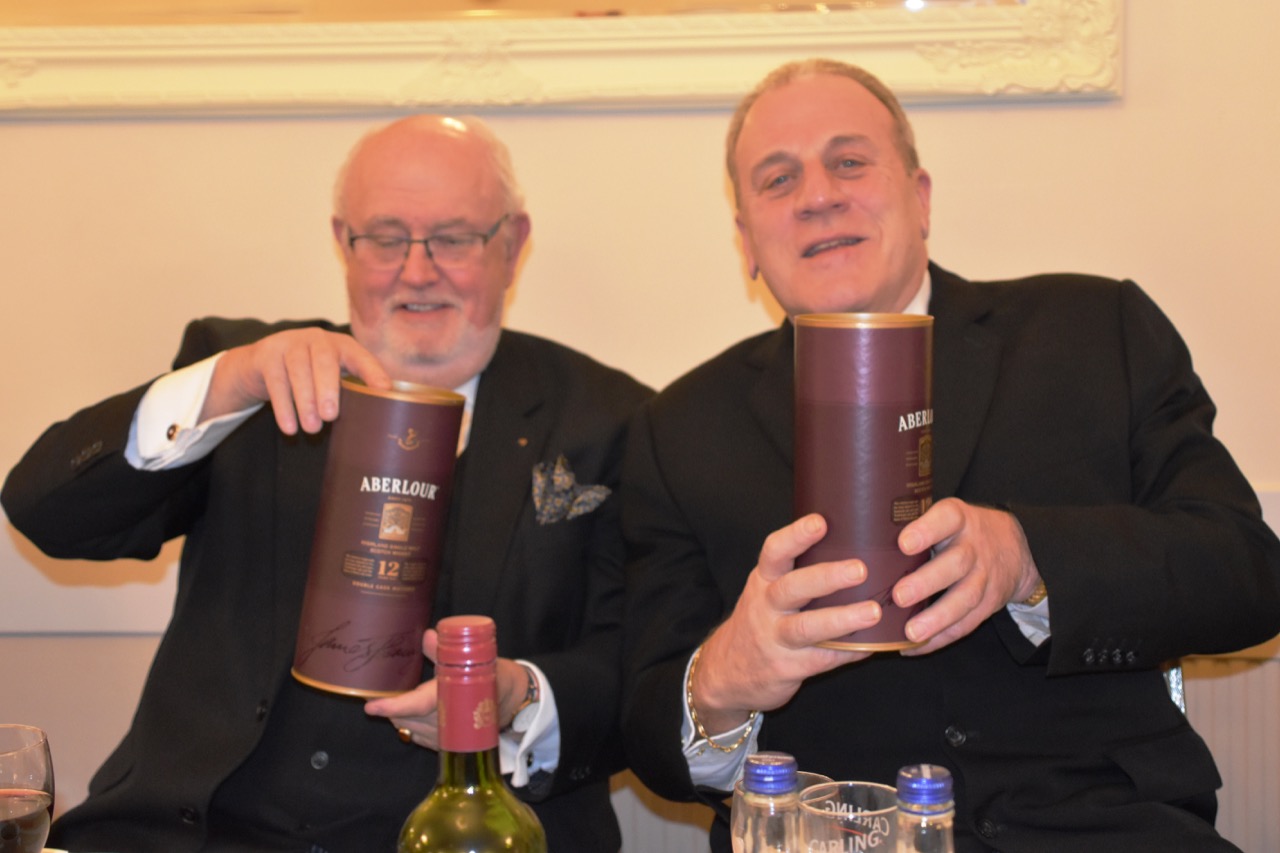 Not to be outdone, WBro Orsi also came away with a set of new hub-caps! 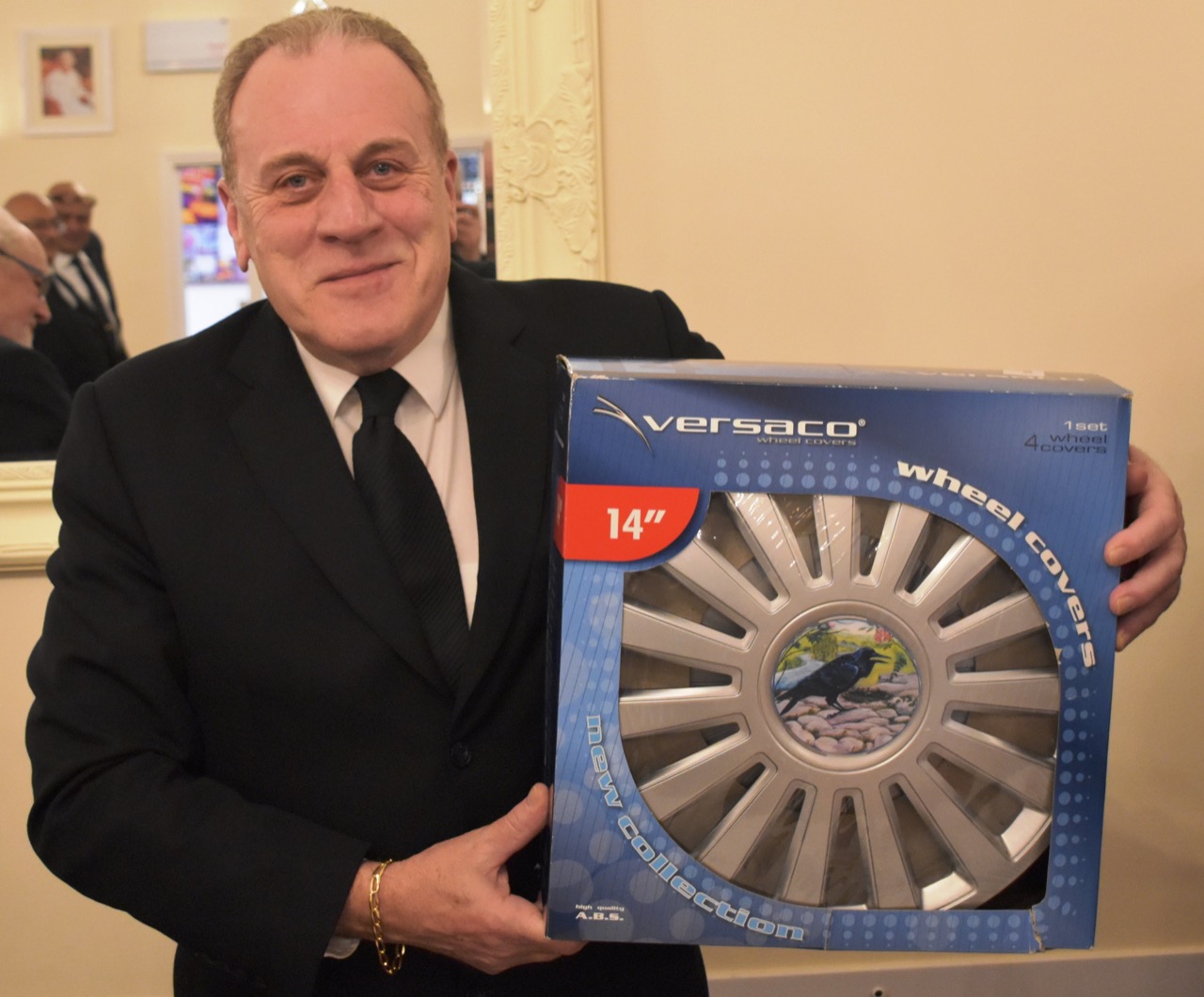 WBro Mike Coleman welcomed the visitors with a warm and welcoming toast during which he took time to remember some of the characters of the Lodge who had very sadly since passed to the Grand Lodge above. 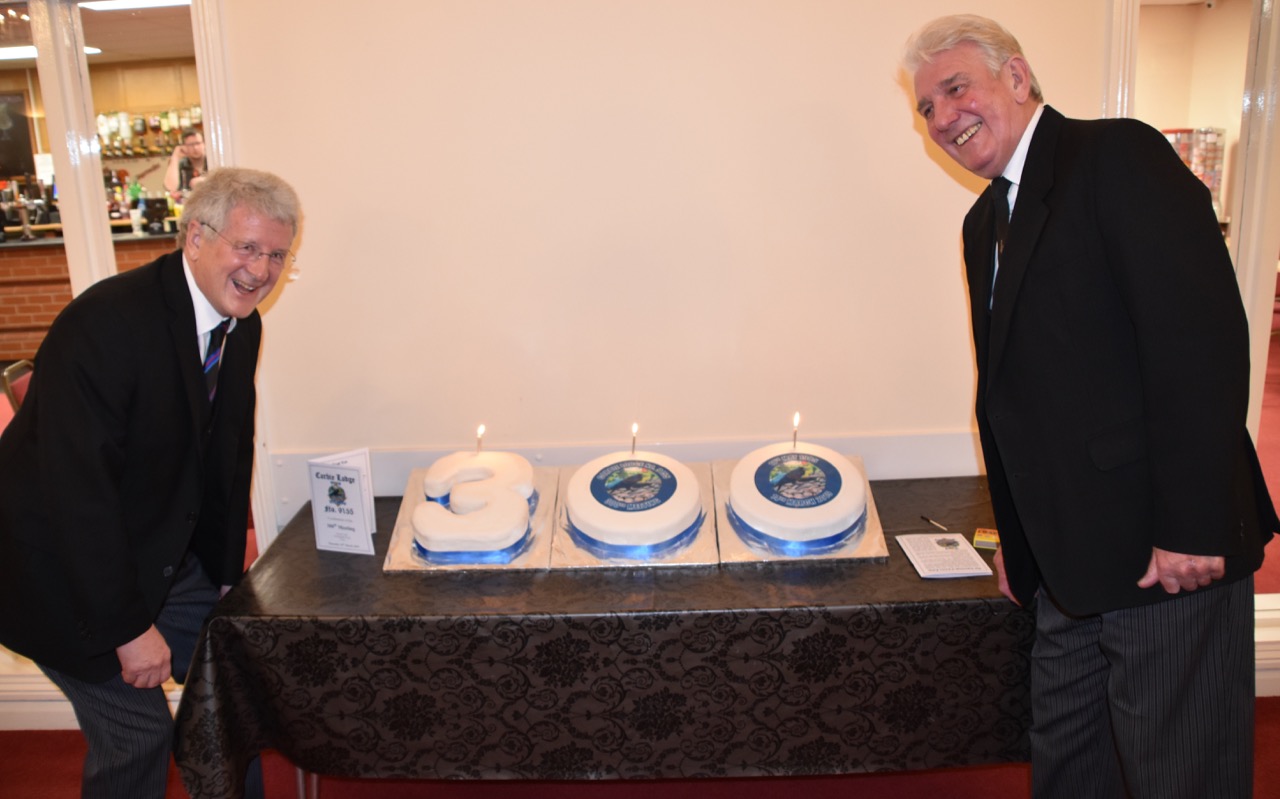 Everyone left the festivities having enjoyed a fantastic evening and a very tasty piece of cake made by Mrs Sandra Summerfield!

With only a few days of rest in-between, Ferraria Lodge celebrated its 400th meeting on Tuesday 19th March.

The Deputy Provincial Grand Master, WBro Charles Bennett PSGD, was the official visitor on the evening. He was accompanied by WBro Bill Abram ProvAGDC.

The Worshipful Master, WBro Richard Skillen, took charge of Bro Lee Crozier's Passing ceremony, which was enjoyed by all. 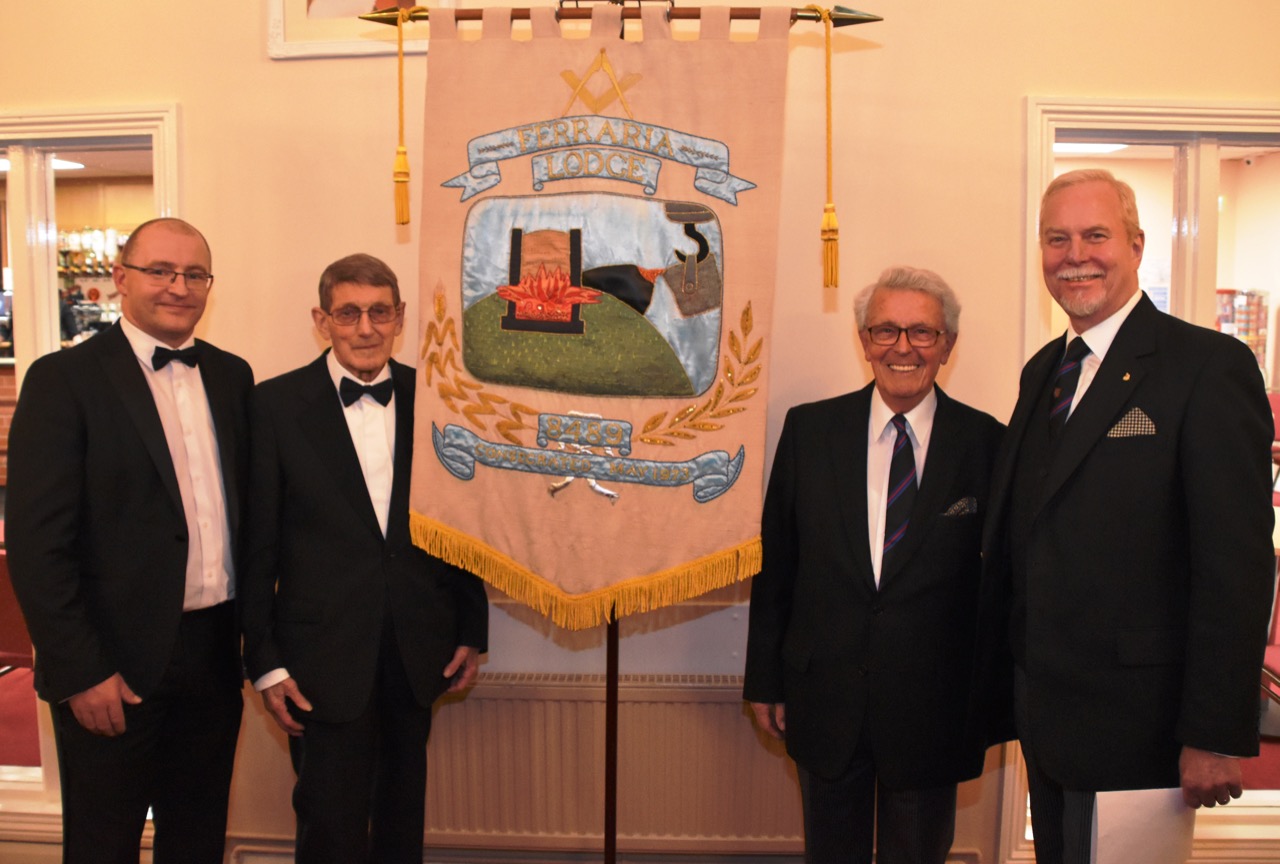 Those present were most interested to hear some of WBro John's memories, which he gave during his thank-you speech. 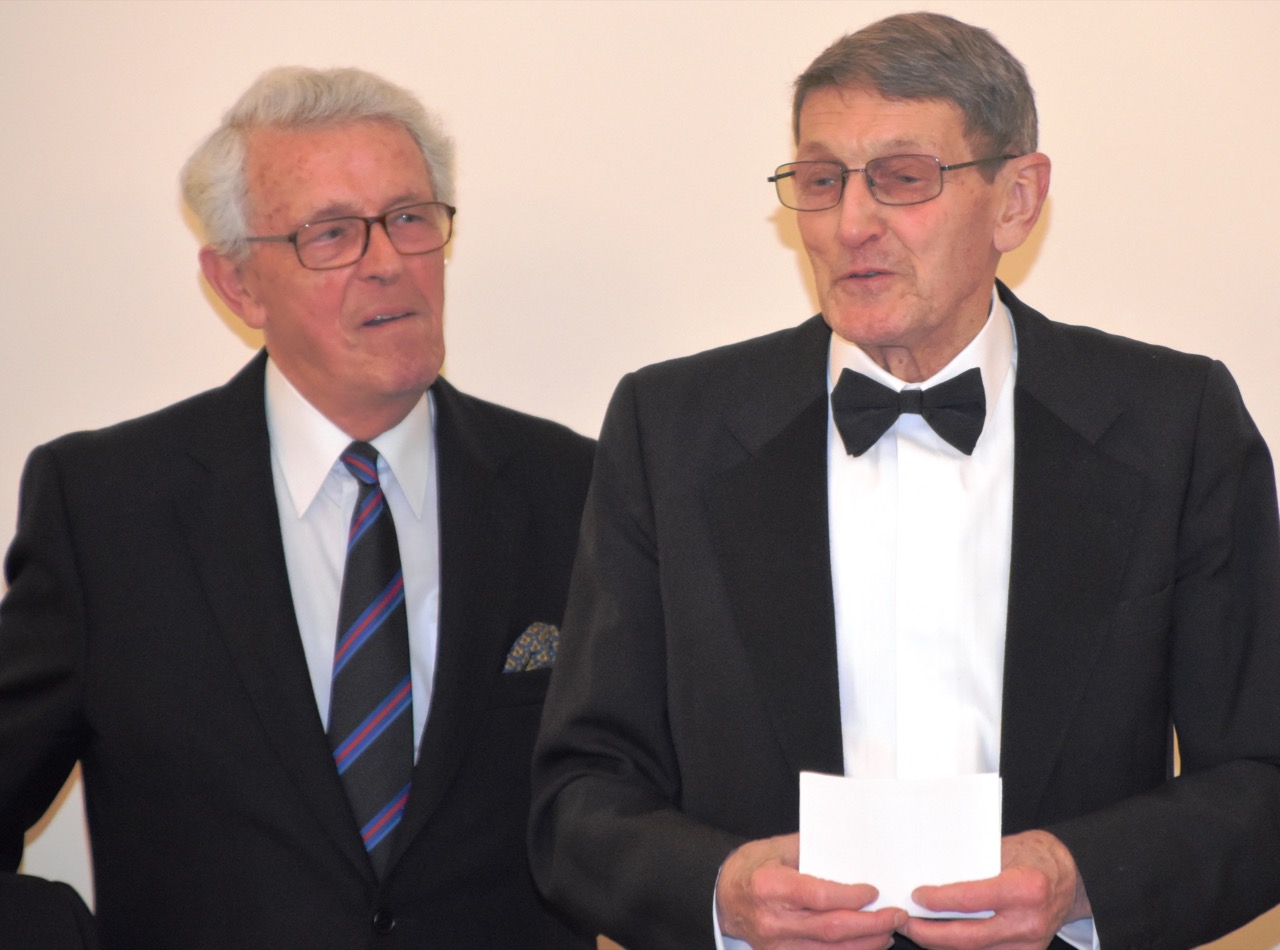 The festive board was a special 70’s style meal based on Ferraria's first Ladies Night.

WBro Stephen Burton PProvSGD (also one of the Corby Group Officers) and Bro Robert Poulter took the brethren on an enjoyable journey back-in-time starting with the formation of the Lodge on the 19th of May 1973 and passing through the 100th, 200th, and 300th meetings. They regaled those present with details of significant events and popular culture throughout. 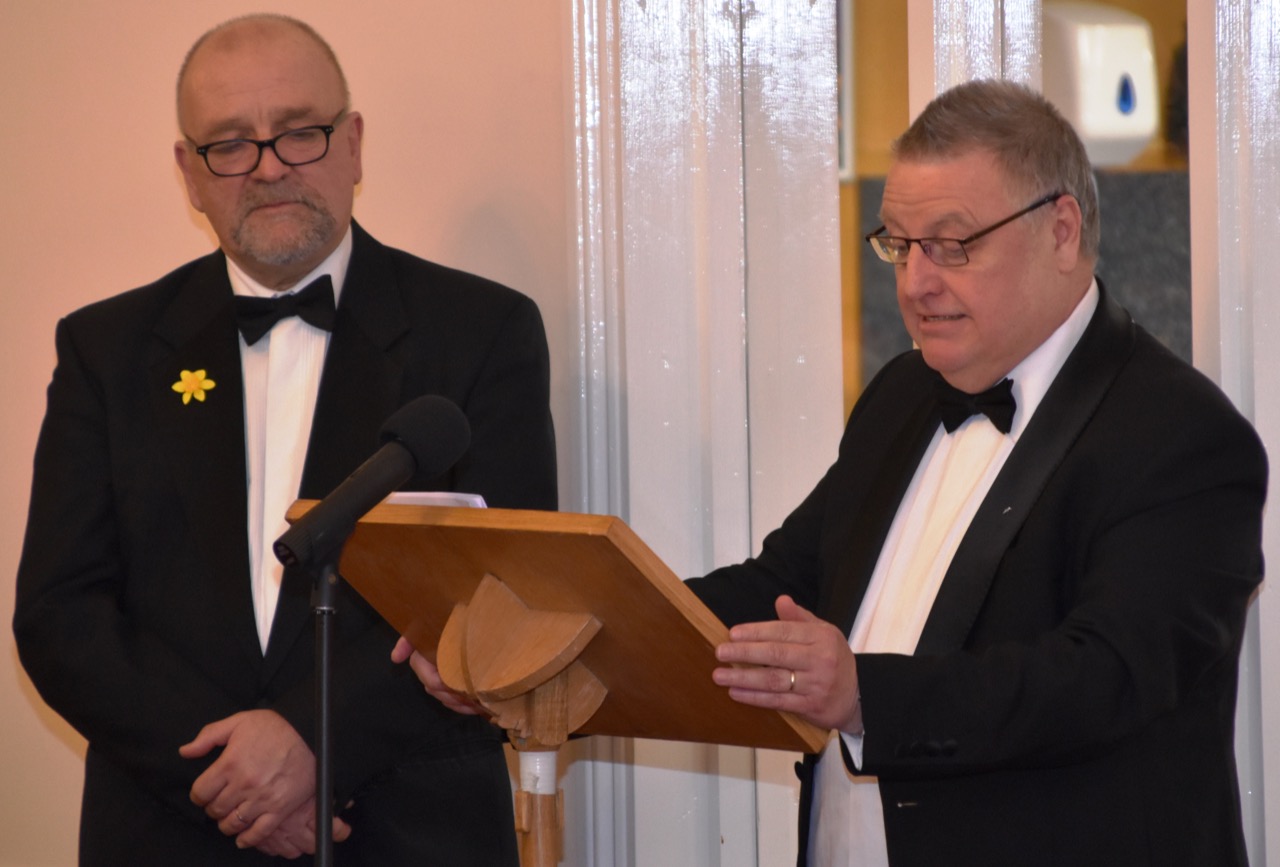 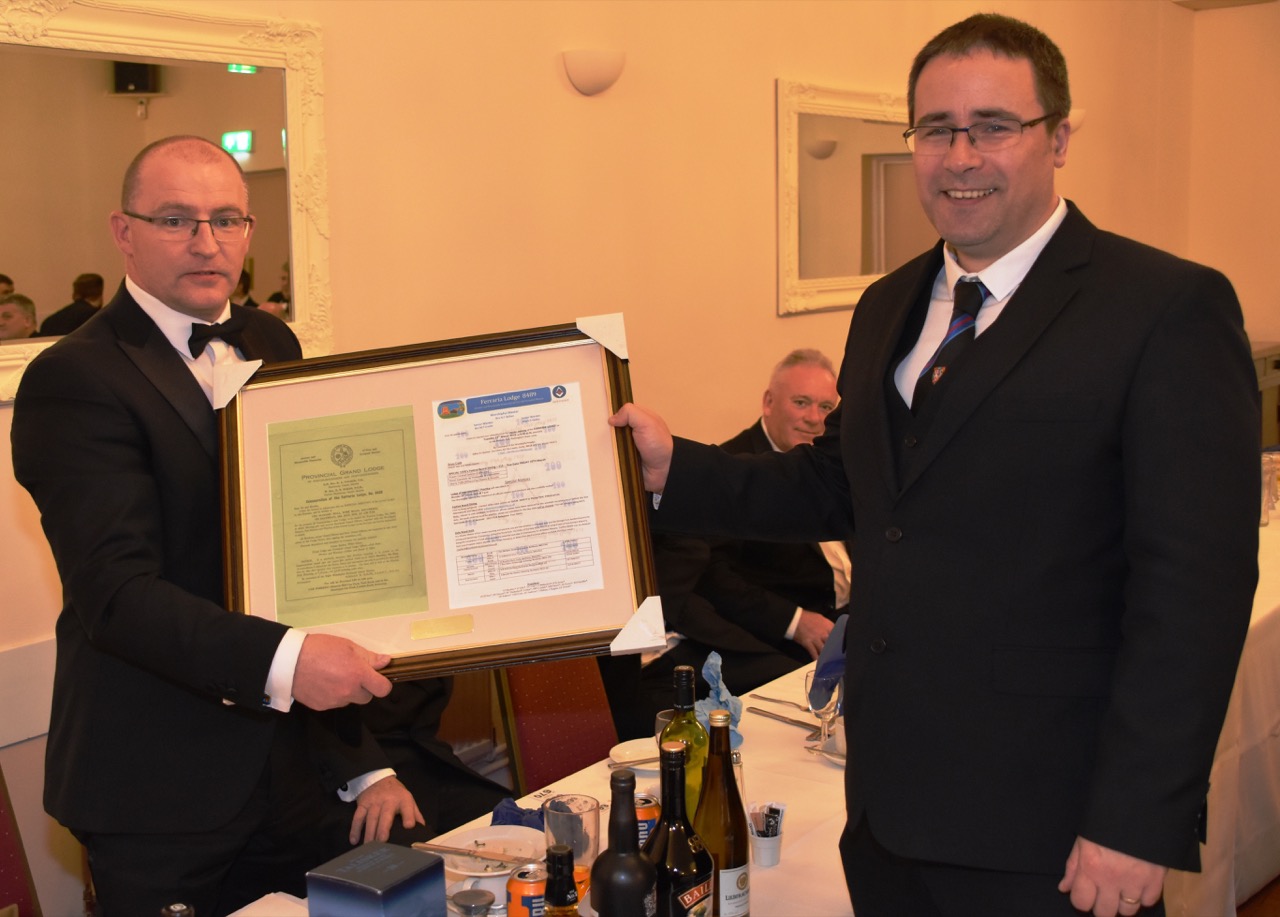