On Wednesday the 17th of April 2019, it was with great sadness that the Province learned of the death of WBro George Clayton, who passed to the Grand Lodge Above after a brave and private battle against cancer. He was extremely well-known and loved across the Province. 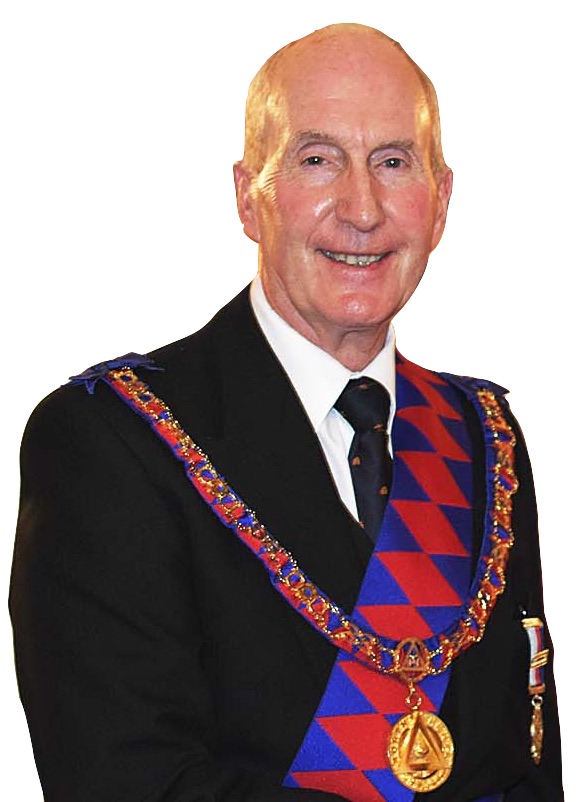 WBro George was initiated into Dr Field in November 1988, progressing through all the offices to become Worshipful Master in October 1998 and again in 2007. Following his Mastership, George continued to serve Dr Field Lodge as Director of Ceremonies for 6-years, and Organist for a further 10-years.

Following his year as Worshipful Master, George was honoured with an appointment to Provincial Grand Steward, which would be the first of a number of active appointments in both Craft and Holy Royal Arch.

George’s love of music was well documented as was his musical talent, which enhanced the ceremony of any lodge he served as Organist. It was a passion that would see him appointed in Craft as Provincial Grand Organist between 2004 and 2007.

In addition to Dr Field Lodge, George served as Organist for two other lodges. That's excluding the many other lodges where he stepped-in to play at the last moment, something he was always cheerfully willing to do!

In 2000, shortly after being appointed to Provincial Grand Steward, George became a joining member of Palmer Lodge of Provincial Grand Stewards where his talent was again put to good use as lodge Organist from 2004 to 2012. His service as such was rewarded when he was installed as Master in 2015, a year which was very special and one that he thoroughly enjoyed.

George was also an honorary member of Nantahala and Silverstone Lodges, and a founder member of Salcey Forest Lodge.

George (or more accurately, E Comp George) developed a great love for the Holy Royal Arch after being exalted into the Supreme Degree in Eleanor Cross Chapter in February 1994.

Most of his early Royal Arch career was spent as Organist of the Chapter, an office he held for 4-years.

George's love and passion for the Holy Royal Arch continued to develop and he was rewarded with an appointment to Principal Grand Sojourner in 2009 and an invitation by E Comp Wayne Williams, the Grand Superintendent at that time, to join the Provincial Executive as 3rd Provincial Grand Principal in 2014.

George was promoted to 2nd Provincial Grand Principal the following year. He served that office until June 2017 when his failing health led to him stepping-down.

George's contribution to the Holy Royal Arch was recognised by Supreme Grand Chapter in 2016 when he was appointed to Past Grand Standard Bearer.

George was well-loved by all those who knew him across the Province and beyond. He always had a kind word.

He was a lovely man and an outstanding Freemason, one who truly lived respected and will be greatly missed by all. May he rest in peace.

The committal service will be a private family-only event.

A Celebration of Life service will take place at 1230pm on Thursday the 9th of May 2019 at Castle Hill United Reformed Church, Doddridge Street, Northampton NN1 2RN. Please click the following links for the church's website and a view of the church on Google Maps:

A public pay and display car-park is nearby.