On Saturday the 26th of October 2019, a very special event took place at Elm Bank Care Home in Kettering when WBro John Hanger PPJGW, a Past Master and honorary member of Cytringan Lodge No. 4048, celebrated his 100th birthday. 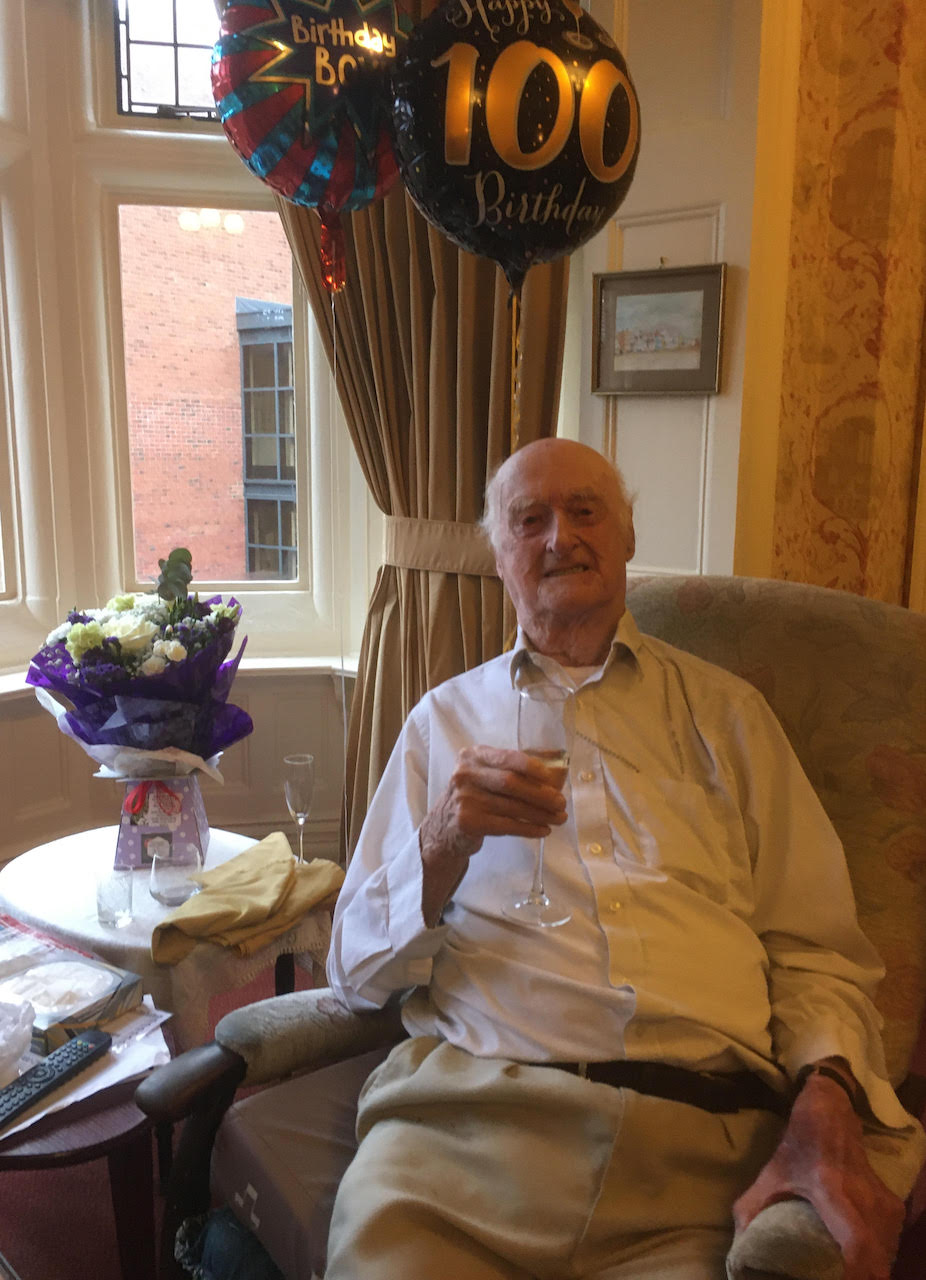 The event was doubly significant because it fell within the Masonic year marking the 100th anniversary of Cytringan Lodge's consecration in 1920!

In addition to having served as Master of the Lodge in 1973, John is also a long-standing member of Perseverance Chapter No. 455 having received his Holy Royal Arch Golden Jubilee certificate from the then Most Excellent Grand Superintendent, E Comp Wayne Williams, in February 2013. 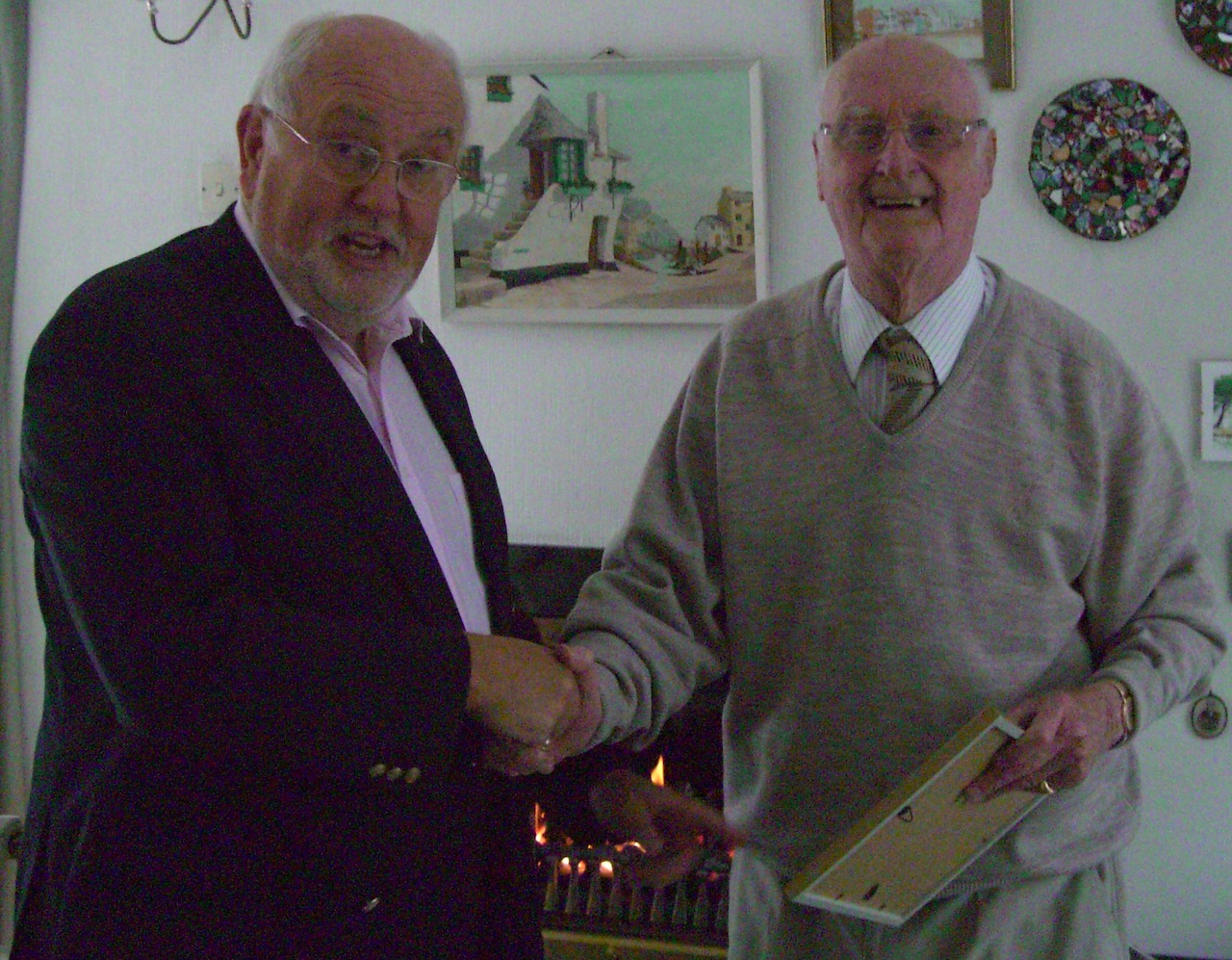 Many family, friends, brethren, and companions visited John during his special day, which included a tea party in the afternoon, an obligatory 100th-birthday cake, and a special birthday message from Her Majesty The Queen. 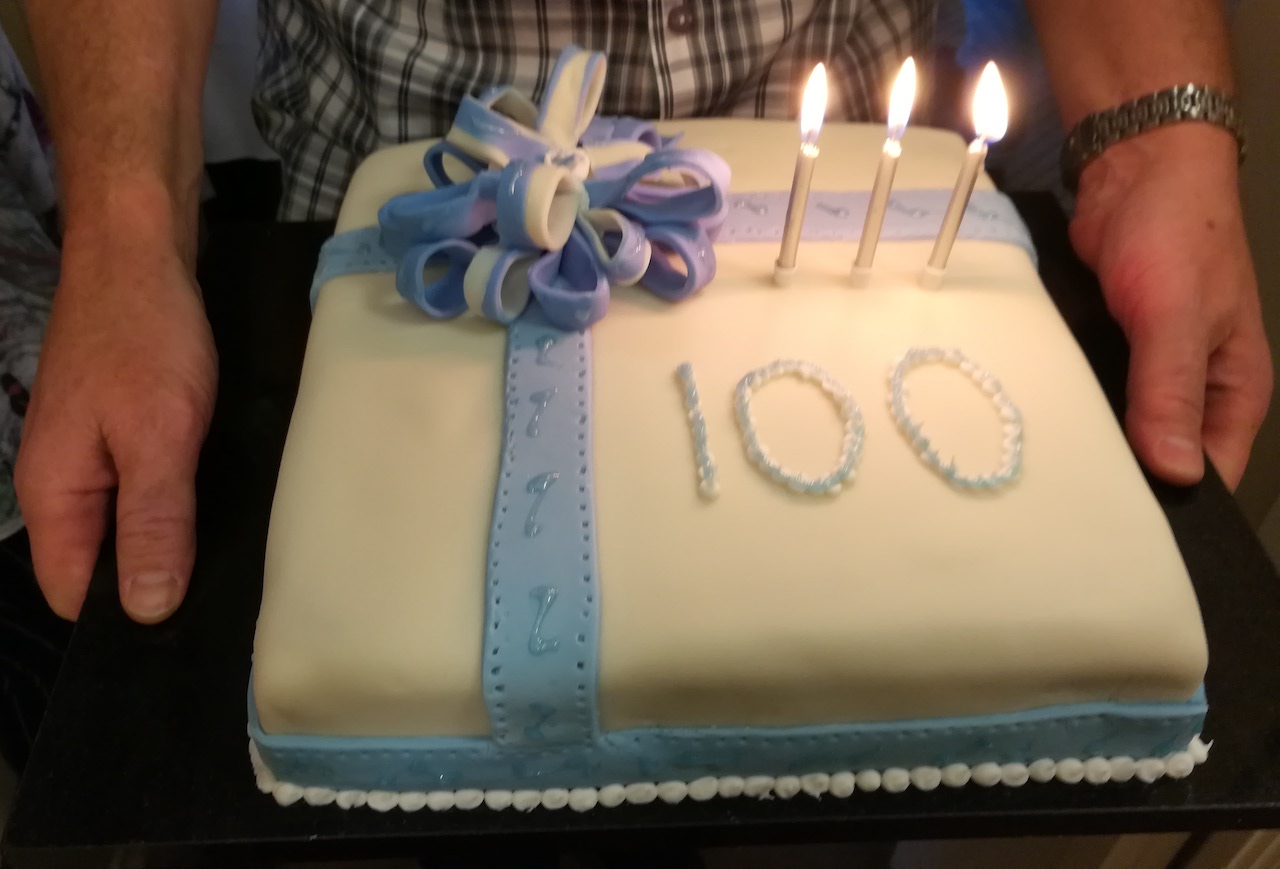 John, who credits a daily dram of whiskey as one of the reasons for his longevity, had a wonderful time and was in his usual excellent form. 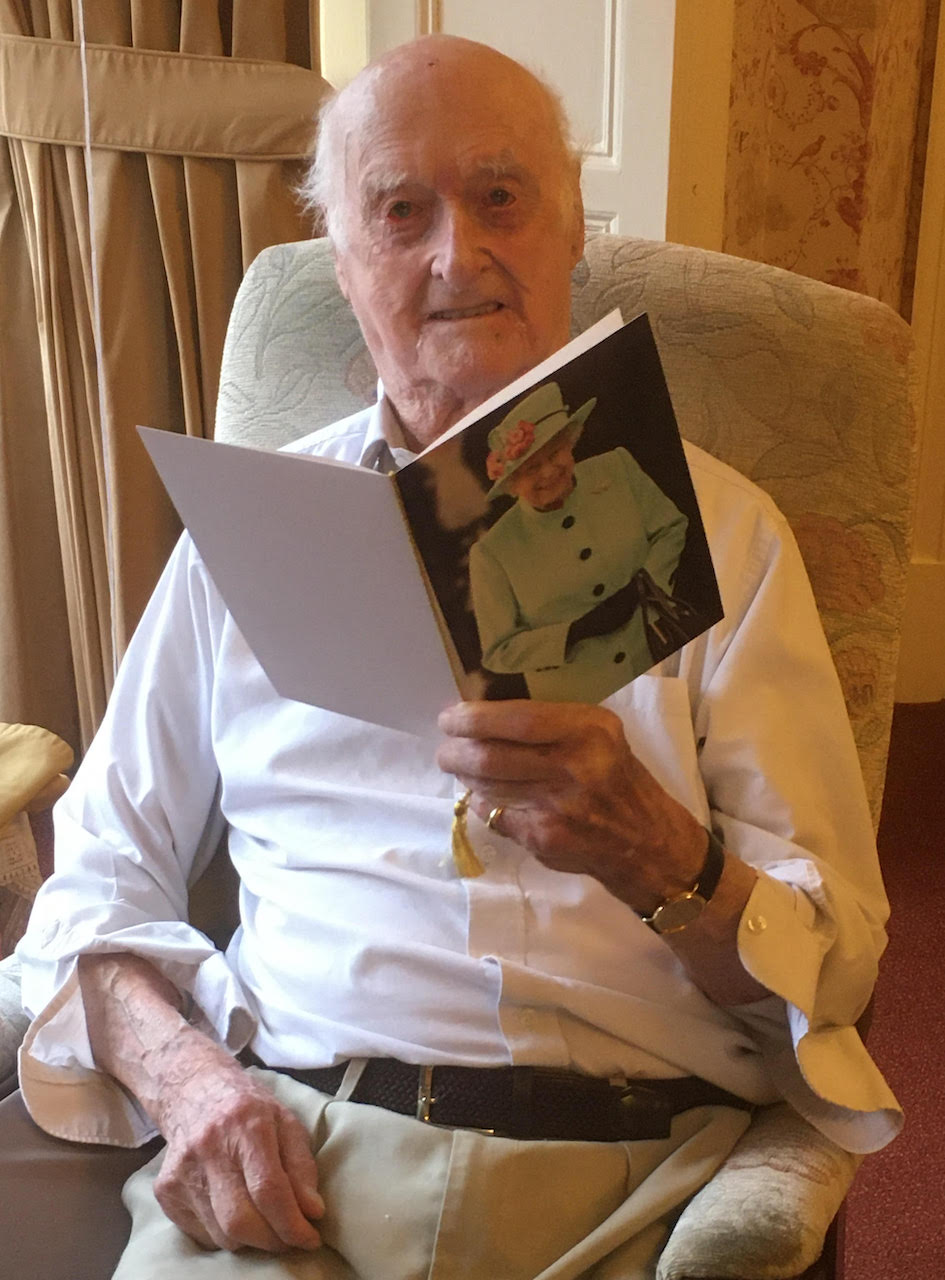 We send our heartfelt congratulations to John on this wonderful achievement and wish him many more happy years.