At the regular meeting of Ferraria Lodge No. 8489 held at Corby Masonic Complex on Tuesday the 19th of November 2019, the Assistant Provincial Grand Master, WBro Mark Constant JGD, assisted the Lodge to present WBro Samuel Hagen PPJGW with a Diamond Jubilee certificate and jewel from the Grand Lodge of Scotland marking Sam's 60-years in Freemasonry. 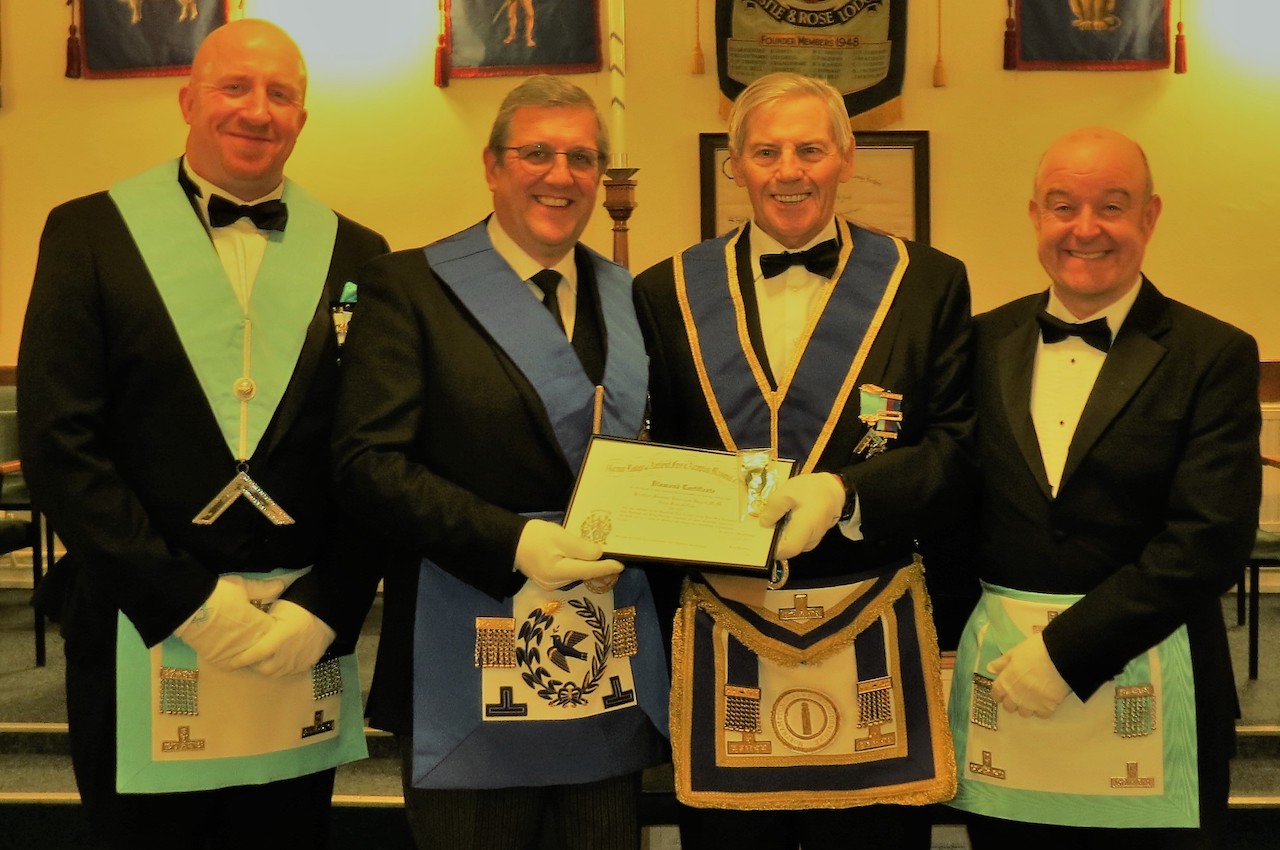 A number of years afterwards, Sam and his family moved to Corby where he began to investigate joining a local lodge eventually settling on Ferraria, which he joined on the 15th of September 1987.

After first taking active office as Steward in 1992, Sam progressed through the lodge offices until he was installed into the Chair of King Solomon by WBro Ronnie Stone PPSGW in 1998. 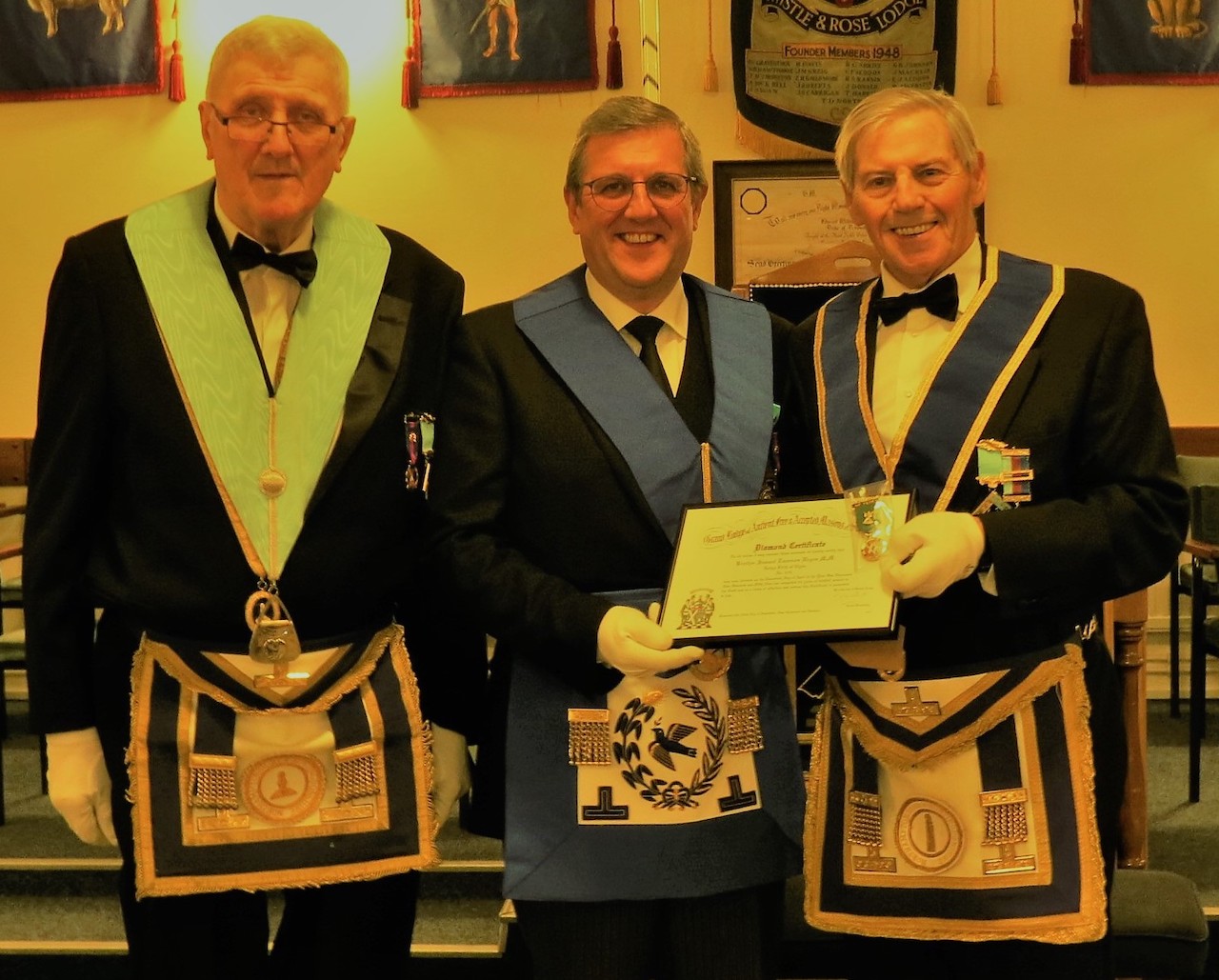 Sam went on to serve Ferraria Lodge as Chaplain from 2003 to 2018, when he was elected as an honorary member. He is also a member of Thistle and Rose Lodge No. 6644, which he joined in January 2019.

Sam has also been an active member of Holy Royal Arch and Rose Croix. 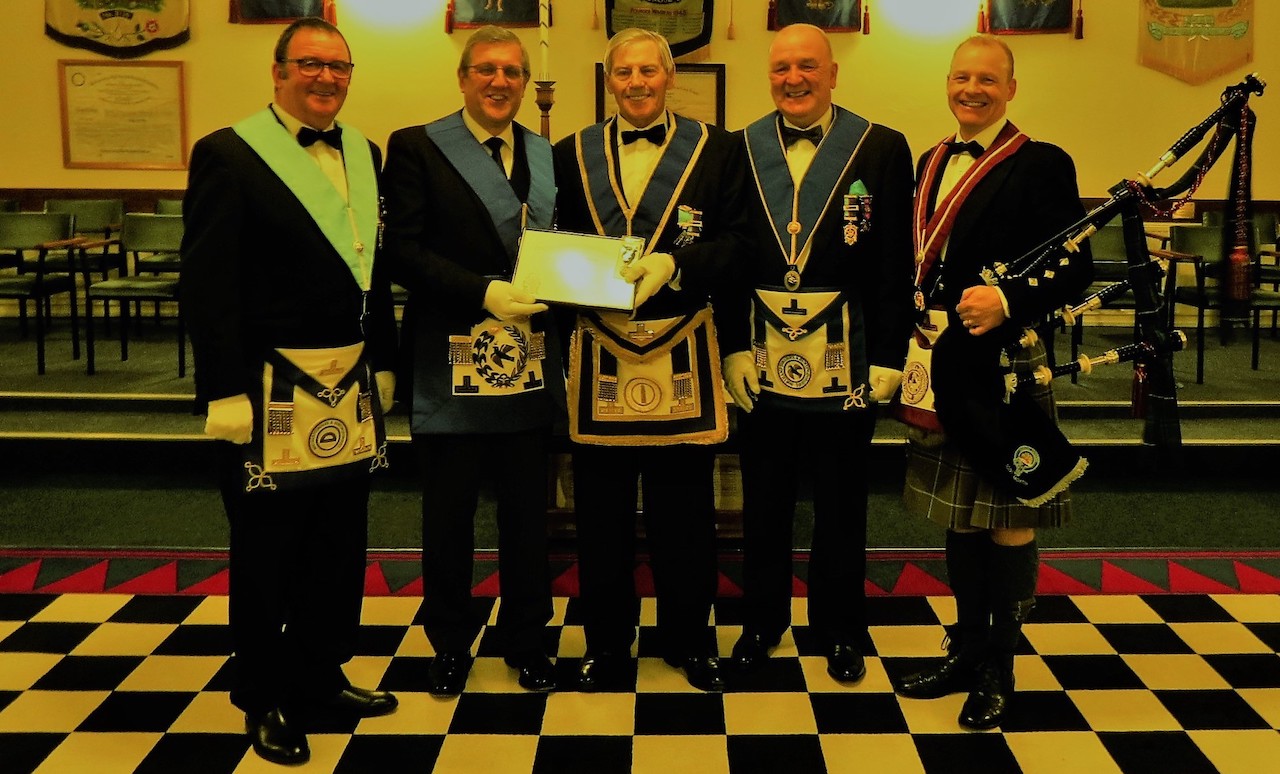 Sam is particularly well known for his singing voice, which has been heard on many occasions both at Corby and further afield. His is indeed part of the Corby Masonic Complex fabric.

We congratulate WBro Sam on his wonderful achievement and wish him many-more happy years in the Craft.