During his year as Worshipful Master of the Lodge of St George, WBro Lee Kellett instigated fundraising for Dexter Jewers, a 5-year old boy with quadriplegic cerebral palsy.

With the support of Anglo Scottish Lodge, WBro Lee organised a beer festival sponsored by many local businesses. This not only helped to raise money for Dexter, but enhanced the reputation of Freemasonry in general.

The festival raised the magnificent sum of £2,783.50. A further donation by the Provincial Grand Charity increased that amount to £5,000.

The money was presented to Dexter and his family at Freemasons' Hall, Sheaf Close, Northampton on Thursday the 21st November 2019. 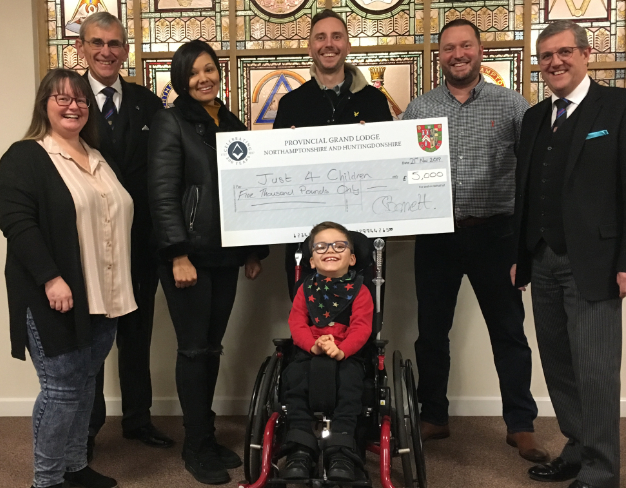