On Friday the 6th of December 2019, WBro Terry Cadby and Bro Reuben Freeman were pleased to visit Cynthia Spencer Hospice, Northampton, and present Lauren Byrom, Community Fundraising Assistant, with a cheque for £1,000.

The money was raised during a challenge that saw WBro Terry and Bro Reuben visit 48 football stadiums during a 48-hour period over the Easter weekend.

Terry came-up with the idea during his year as Master of Lodge of Harmony No. 9048. 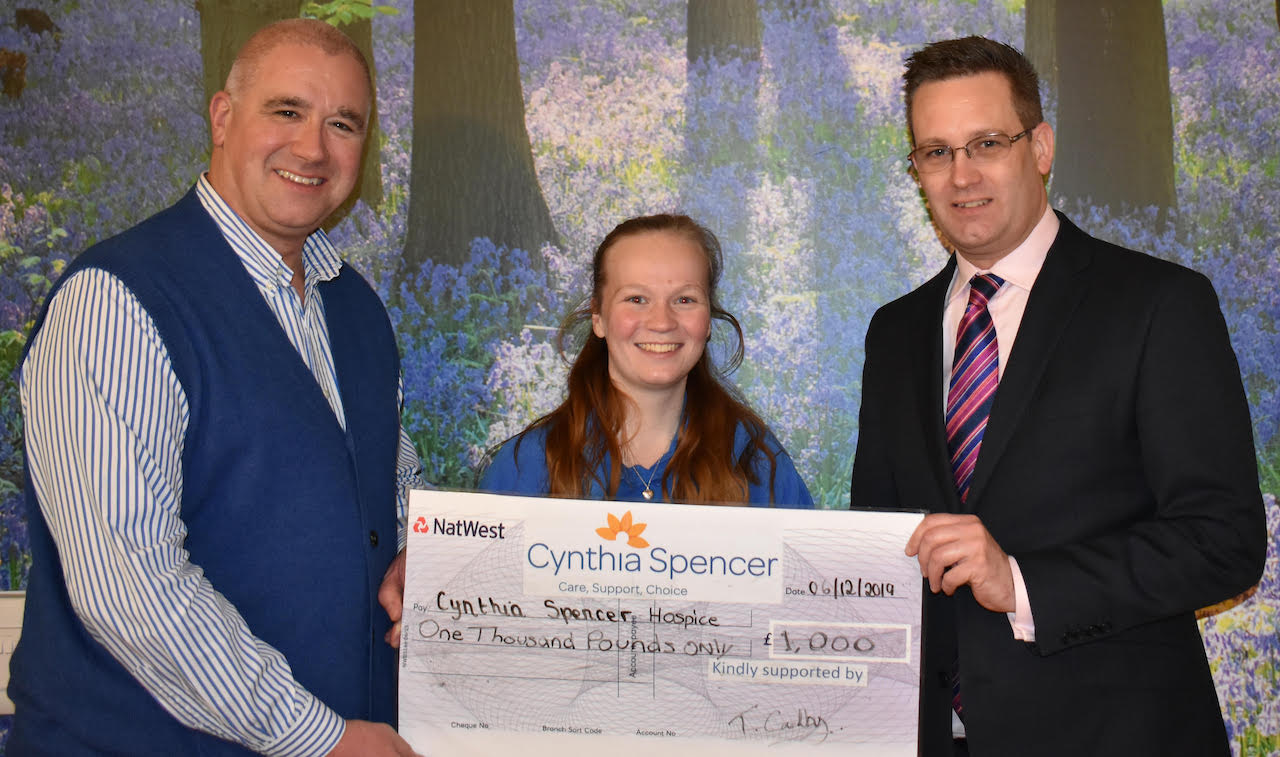 During the challenge, Terry and Reuben were accompanied by Bro Lewis Marvell (also from Lodge of Harmony), and one of Terry's friends, Mr Chris Murphy.

The challenge took the group west to Hereford, south to Southampton, east to Ipswich and north to Stoke-on-Trent with many other locations in-between. It was tiring, but great fun, and they met some lovely people along the way.

In addition to raising the £1,000 for Cynthia Spencer Hospice, a further £1,000 was raised for a local charity that supports sufferers of Parkinson's disease.

We congratulate Terry, Reuben, Marvell and Chris on their superb effort.