It is with great sadness that we report the passing of WBro David Bosworth PJGD on the 2nd January 2021 following a period of illness. 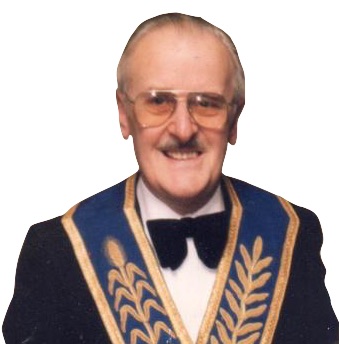 Having been born in Kettering on the 18th of May 1928, WBro David attended school in the town. He witnessed the Coventry Blitz on the 14th of November 1940 when he was just 12-years old. The glow and flashes from Coventry were visible even from his home in Garfield Street, Kettering.

In 1944, David began his engineering apprenticeship in Luton. He was at that time already involved with the family business, Bosworth Motors, which was established in Kettering by his grandfather, John Bosworth.

Whilst working in Luton, David was nearly blown-up by a V2 rocket, which destroyed a nearby ball-bearing factory.

Between 1946 and 1948, David served his National Service in the Northamptonshire regiment where he was assigned to run the regiment’s motorcycle section. It transpired that the Bosworth family was known to the selecting officer! During his service, David served in Berlin, Spital and Austria.

When he was demobilised from the Army, David continued his apprenticeship at the Triumph Motorcycle Works near Coventry. It was there that he met the love of his life, Connie, who was working as a secretary.

Connie nearly missed their first date on the 3rd of October 1948 when she could not catch a bus and had to run from home making her very late. This was David’s first ever date and Connie was David’s only girlfriend! 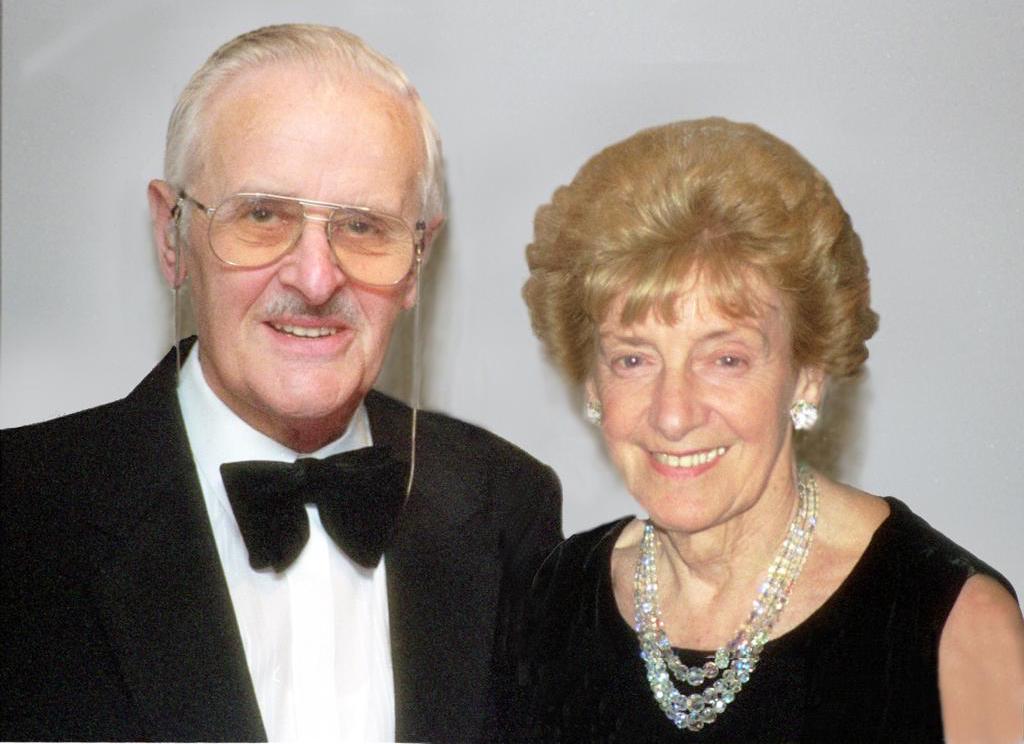 Upon completion of his apprenticeship at The Royal Enfield Motorcycle Company in Redditch, David returned to Kettering to work in the family company.

Connie and David married in Coventry on the 31st May 1951 after which they honeymooned on the Isle of Man. They subsequently set-up home in a flat above the family business in Silver Street, Kettering and were blessed with two boys, John and Richard, who were also apprenticed into Bosworth Motors and subsequently joined David as directors of the company. The company continued for many years and the family still retains premises in Ebenezer Place.

David was initiated into the Lodge of Perseverance No. 455 on the 20th April of 1964 and served in the progressive offices before reaching the Chair of King Solomon in 1978. In 1980, David started a period of over 10-years as the Lodge's Charity Steward.

Having served as Provincial Senior Grand Warden in 1988, WBro David was appointed as Provincial Grand Charity Steward in 1991, a role which at that time encompassed both the collection of charitable funds and the provision of assistance.

WBro David proved to be a trailblazer in coordinating and organising support for Lodge Almoners. The four Masonic charities (as they were then) respected his pioneering work, recognising it as the benchmark for delivering financial assistance and other support.

Always a very forward looking individual, WBro David laid the solid foundations upon which much of the great work that followed was built. Alongside the Executive of the day, WBro David made a significant contribution to the formation of the Provincial Grand Charity in 1992. The PGC remains a fitting tribute to his work in the Province.

WBro David remained in post as Provincial Grand Almoner until 2001. He was subsequently promoted to Past Junior Grand Deacon in 2008 and served as a Group Officer for Kettering and Thrapston for several years.

In addition to being a member of the Northamptonshire and Huntingdonshire Lodge of Installed Masters No. 3422, David's love of motorcycles led him to joining Graham Milton Lodge No. 9796 in 2005 as a founder member. 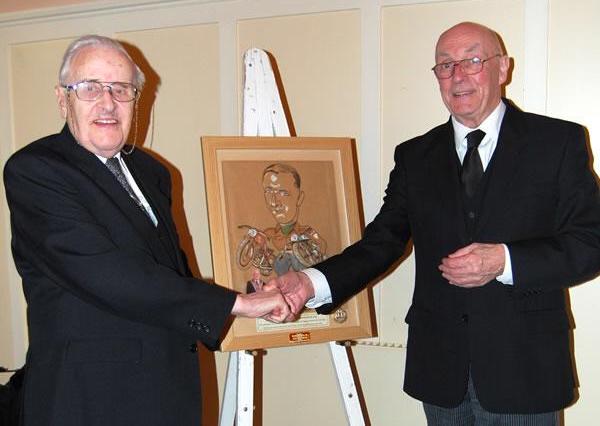 David was exalted into the Holy Royal Arch in 1968 when he joined Perseverance Chapter. He remained a member of the Chapter until 2020.

David was an encouraging brother to all as well as a very good and enthusiastic ritualist. He continued to deliver wonderful renditions of the North East Corner into his nineties.

A gifted photographer who embraced all modern technology, David regularly attended Ladies Festivals alongside his beloved Connie, often doubling-up as the official photographer for the evening. Sadly, Connie passed-away in 2019.

WBro David never shied away from encouraging or doing what was right. He showed great care for others, truly living and practising his Freemasonry. His passing represents the sad loss of a much-loved Brother, one who most certainly lived respected and died regretted.

The funeral is being held in Kettering on Tuesday 19th January 2021 under strict COVID-19 rules. Please contact the Lodge of Perseverance secretary for further information. Details are in the Provincial Yearbook. 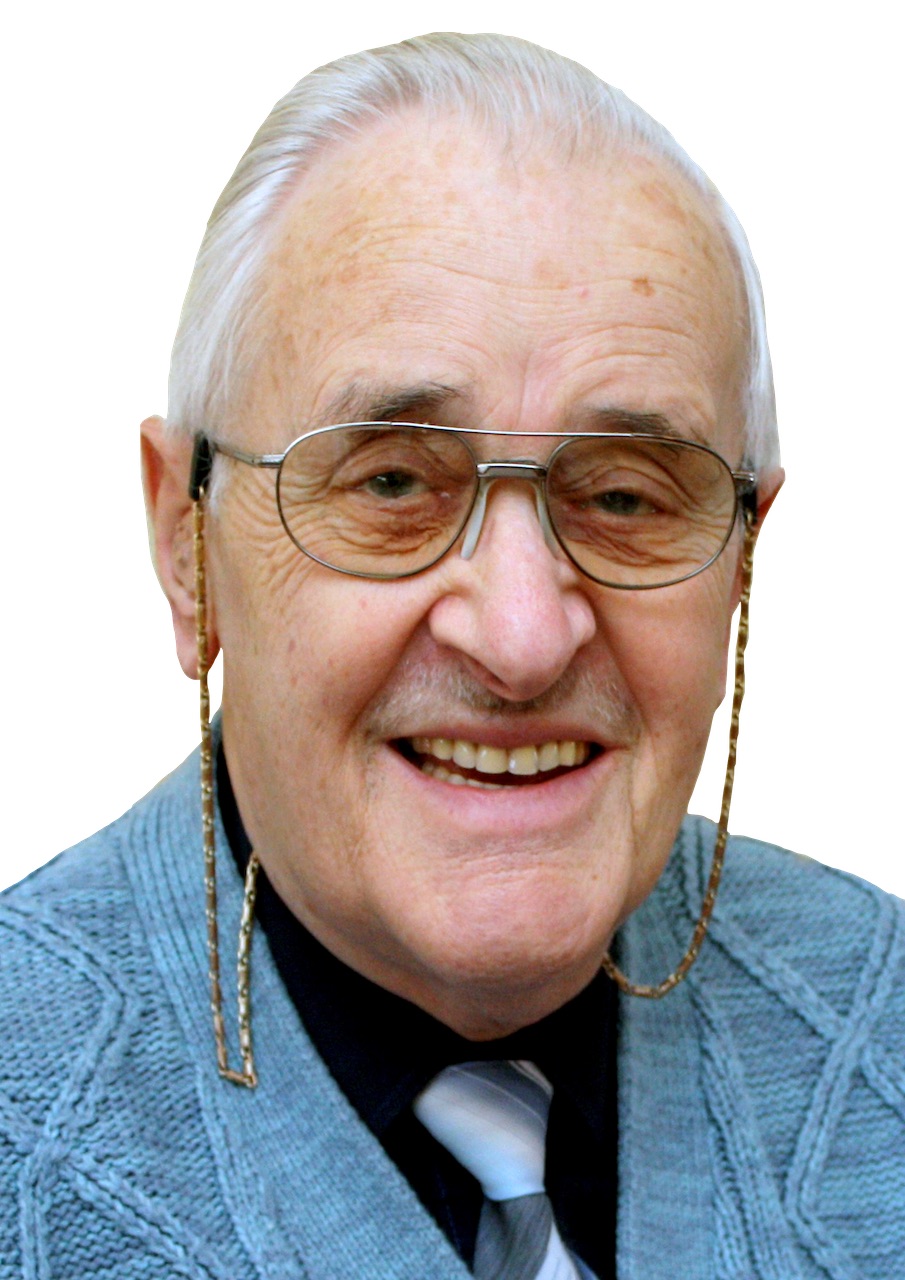