The first event was the presentation to the Lodge of a new nautical cable tow by one of its members, WBro Ron Jennings.

The cable tow was handmade by a brother from Loyal Manor Lodge No. 6445, which meets at Portland in the Province of Dorset. The brother, who is a formal naval officer, has been making and selling these bespoke cable tows in support of his Province’s 2025 MCF Festival. Each one incorporates the colours of the lodge to which it belongs. 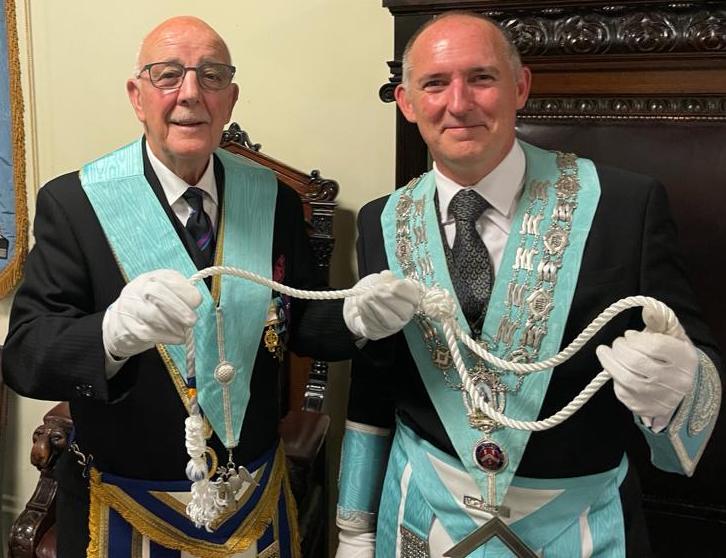 Each cable tow comes with a certificate explaining the number and type of knots used and their significance: 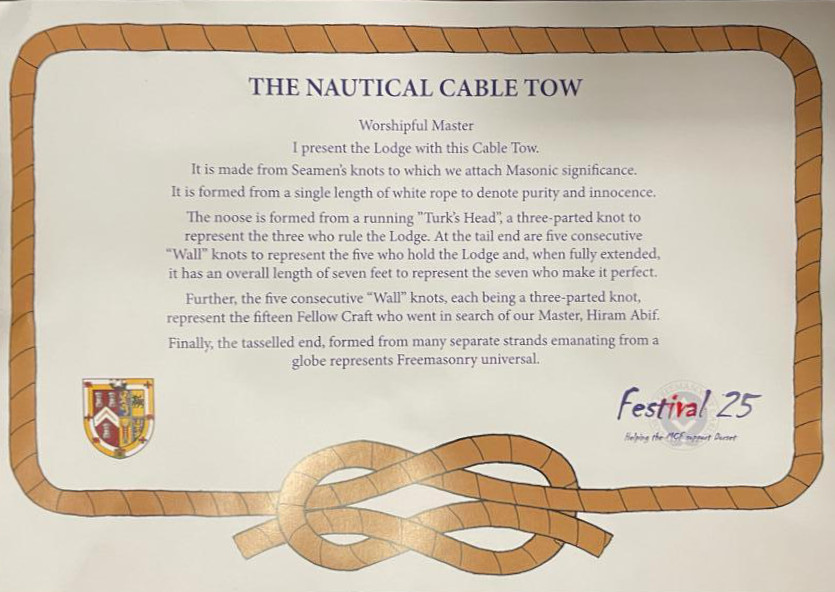 A former naval man himself, WBro Ron also spent some time in Portland. He very much enjoyed reminiscing with the maker of the cable tows about their naval days and hopes to visit Loyal Manor Lodge next summer.

Here's hoping Ron's visit comes to fruition and that he has a most enjoyable and memorable time!

After Grey Friars Lodge lost their former almoner, WBro Mike Britton, to the Grand Lodge Above, they received a lovely note from his widow, Shirley, explaining that Mike had left a substantial amount of money to the Lodge so that they could “have a drink on me.”

Having discussed the best way to honour Mike’s wish, the Lodge brethren decided that buying a decanter engraved with his name and toasting him once a year on the meeting nearest to his birthday was an appropriate way forward.

Accordingly, a decanter was purchased, one engraved with the following words:

In memory of WBro Mike Britton

A true and faithful brother 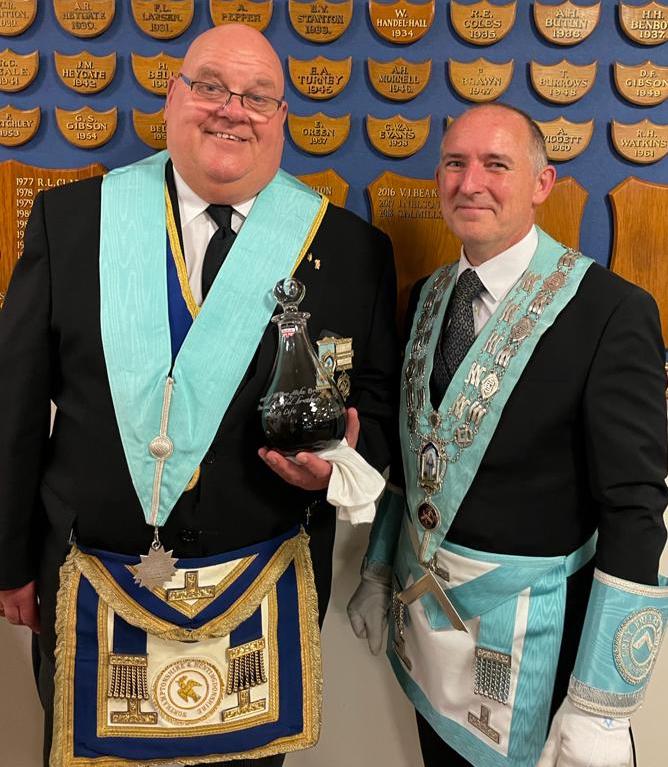 During the meeting, the Worshipful Master called-off the Lodge and asked all the brethren to assemble in the bar.

Then, as a way of dedicating the decanter, he poured each brother a small tot of port (WBro Mike’s tipple of choice) and led a toast the memory of their much-missed brother. 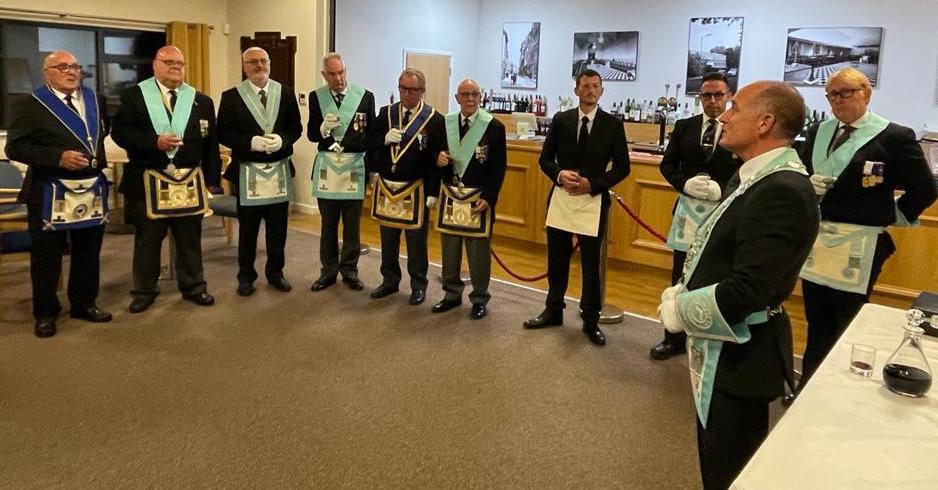 We cannot think of a better way to remember WBro Mike and congratulate the Grey Friars brethren on making such an excellent choice.