The Freemasons have signed the Armed Forces Covenant during a ceremony at Freemasons’ Hall in Covent Garden on Wednesday the 20th of October 2021 led by His Royal Highness, The Duke of Kent.

The partnership aims to support members of the Armed Forces community and ensure they have the same access to government as well as commercial services and products as any other citizen.

By signing the Armed Forces Covenant, the United Grand Lodge of England (UGLE) will be able to demonstrate its support to members of the Armed Forces in a number of areas, including education, family wellbeing, getting a home, starting a new career, access to healthcare, financial assistance and discounted services. 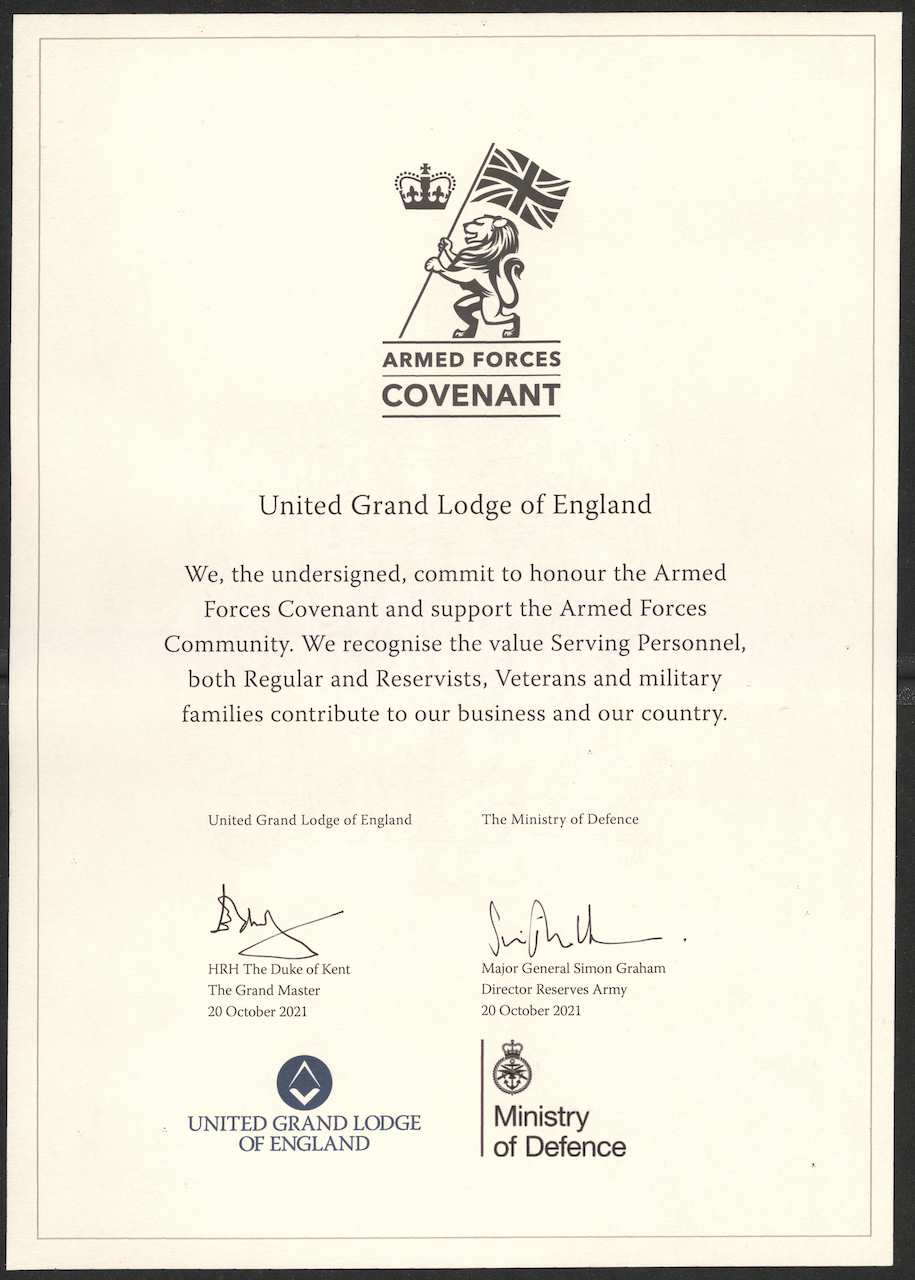 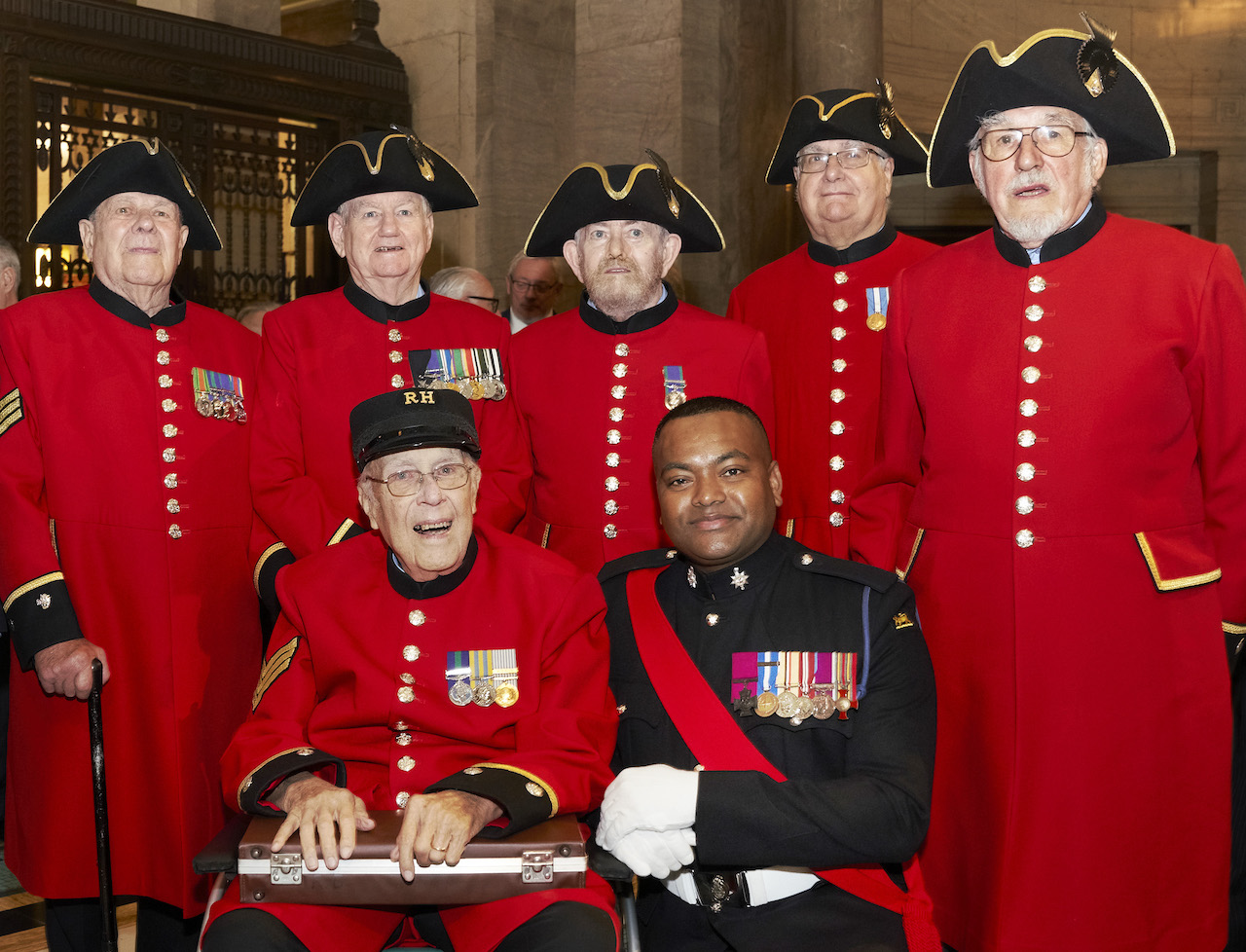 UGLE's Grand Master, His Royal Highness, The Duke of Kent, has a longstanding relationship with the military. In 1955, The Duke of Kent graduated from the Royal Military Academy Sandhurst as a Second Lieutenant. That was only the beginning of a military career that lasted more than 20 years.

He was promoted to Captain in 1961 and after having served in Hong Kong, His Royal Highness, The Duke of Kent was promoted again to Major in 1967. Three years later, he commanded a squadron of his regiment serving in the British Sovereign Base Area in Cyprus. In 1970, His Royal Highness, The Duke of Kent, also served in Northern Ireland, before being promoted to Lieutenant Colonel on 30 June 1973.

His Royal Highness, The Duke of Kent, said:

It is my great pleasure to sign the Armed Forces Covenant on behalf of the United Grand Lodge of England. This document represents part of our ongoing commitment to support active and retired military personnel. We are proud of our long-standing relationship with the Armed Forces and we will continue to promote their welfare, support, and respect amongst all our members.

It is a great honour to be able to sign the Armed Forces Covenant. From its earliest foundations, Freemasonry has always had a strong relationship with the Armed Forces. Today, we want to thank those brave men and women who dedicate their lives to protecting our country and the people who live here. They deserve all our thanks, our respect and this is one of many steps we aim to take in helping both active and retired members of the Armed Forces and their families. 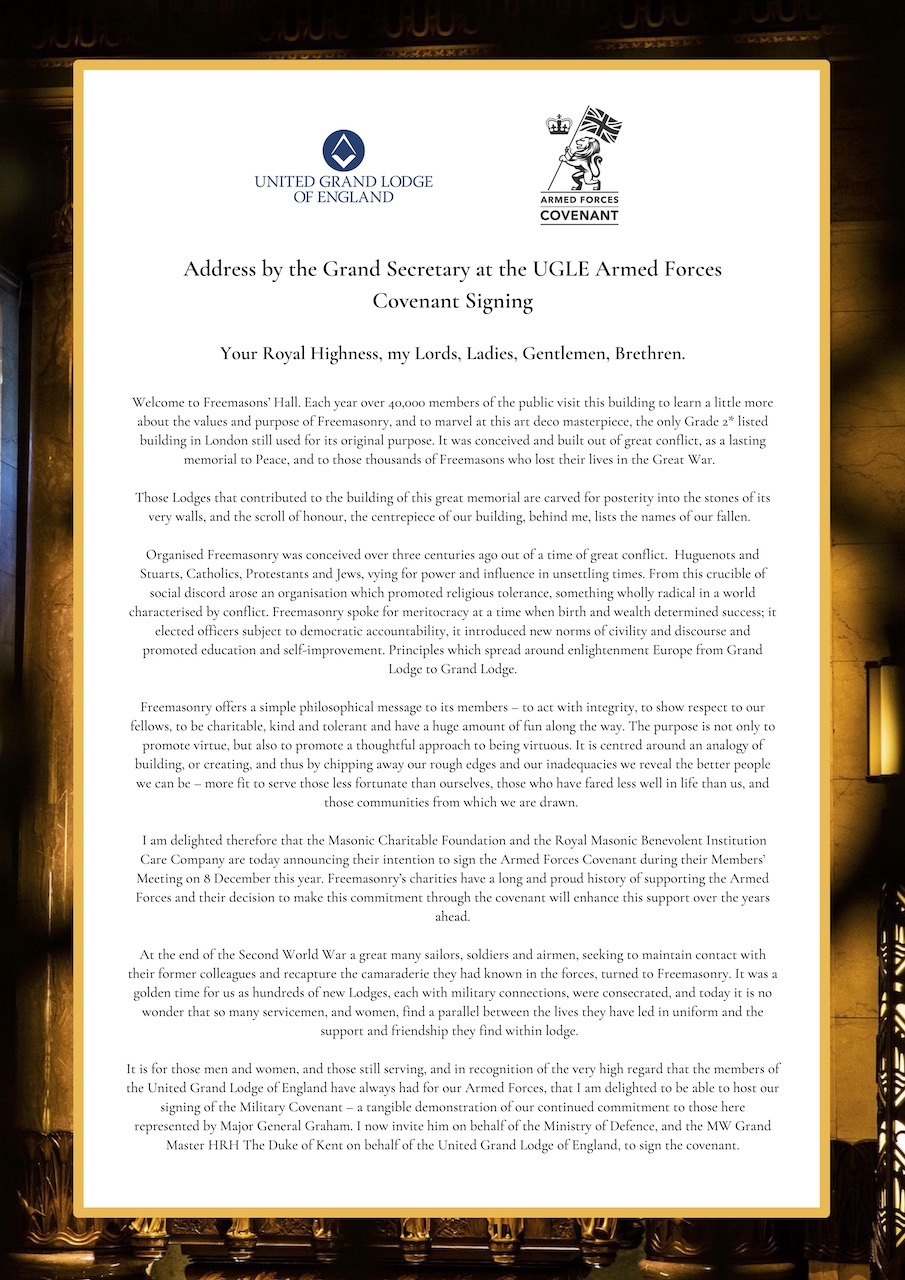 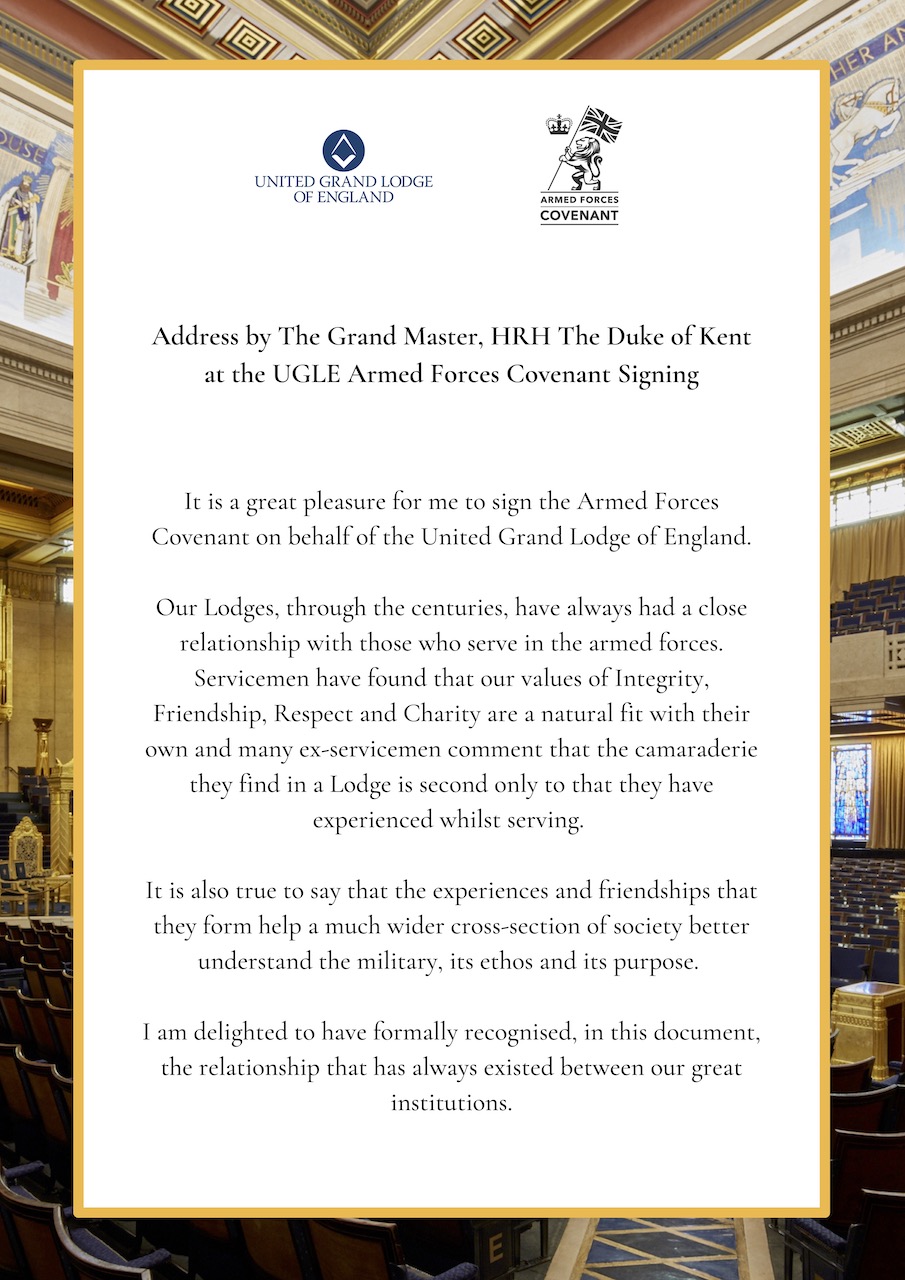 On the same day that the UGLE signed the covenant at Freemasons’ Hall, heads of Freemasonry in the Isle of Man, Cheshire, East Lancashire, West Lancashire and North Wales also made their commitment to the Armed Forces Covenant. This is in addition to Staffordshire and Yorkshire North and East Riding regions. In total 24 Provinces have either signed or will sign the Covenant. The Masonic Charitable Foundation and the RMBI will also sign the covenant in December 2021 at their AGM. 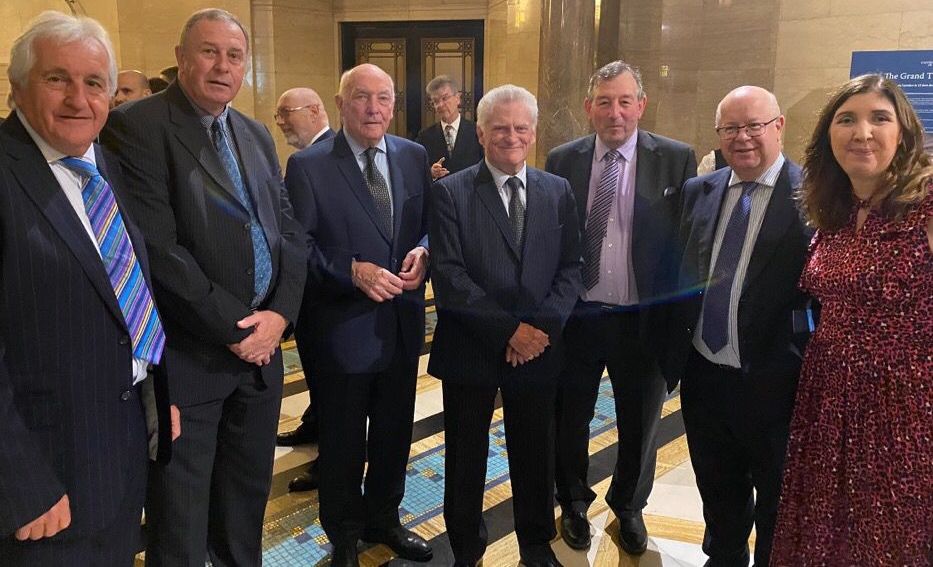 Consecration of Lodge of United Services No. 10012

The consecration of the Province's own Lodge of United Services No. 10012 is to be held on Saturday the 15th January 2022 at 11:30am. Members of the Province who are Master Masons and above are eligible to attend the ceremony, details of which can obtained by clicking the following link: