It was first laid at the building of the Masonic Hall in Princes Street in 1889. In 1971 it was relaid in St George's Avenue. 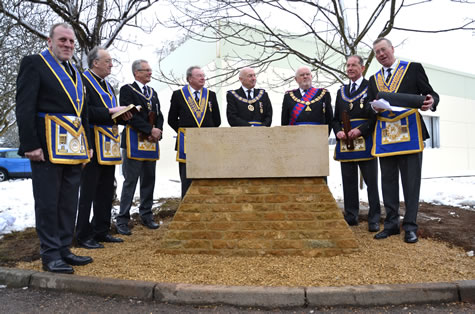 During the ceremony he said the stone maintained a link with the Masonic history of the Province and the new building represented the future.

Provincial Grand Secretary, WBro Trevor Boswell, buried a time capsule below the stone. The capsule contained a copy of the day's Times newspaper, coins and stamps of the realm, a book of Emulation a Craft Ritual, the current edition of the Provincial magazine (Password) and details of the Province's 2013 RMBI Festival Appeal.

Brethren from across the Province attended to celebrate the occasion. After the ceremony they toured the building and welcomed warm refreshments provided by the LAMS.