A magnificent evening was held at the Northampton Masonic Hall in October.  Nigel Onley and Neil Arrowsmith organised the event on behalf of the Wellingborough and Rushden group of Lodges to raise money for the Provincial Building Fund.  The evening entertainment was supplied by the Coast to Coast, a British rockabilly band that is best known for its 1981 Top 10 UK hit in the UK "The Hucklebuck.” They gave a first class performance. 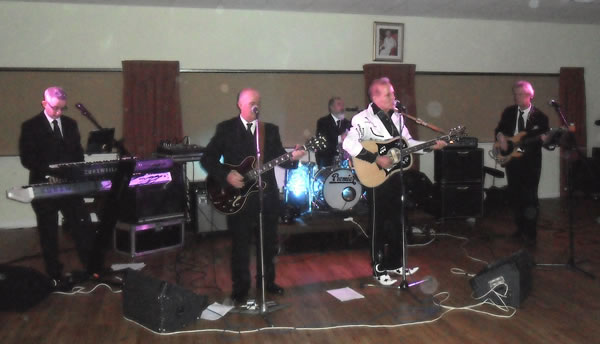 In total £1,324 was raised. A grateful thanks to all who attended.