Following a successful application to the Provincial Grand Master for a voluntary suspension in October 2020, Chicheley Lodge's management committee met virtually during the following month to discuss the re-opening of the Lodge when restrictions are finally lifted.

The Lodge's in-house environmental health officer advised the committee that, due to the nature of the COVID-19 virus being airborne, the requirement for fresh-air circulation would be key to ensuring the health and safety of brethren attending Chicheley and the other lodges/orders that meet at Thrapston Masonic Hall.

It was agreed that not only should the Lodge members ensure they were in full compliance with current legislation pertaining to fresh-air circulation, they should also take the opportunity to address outstanding items in the Lodge.

Accordingly, the Lodge embarked upon a significant structural and environmental project involving internal and external works.

Insulated stud walls were installed on the ground floor: 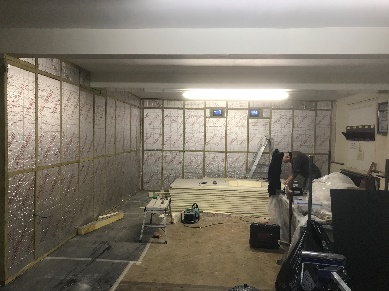 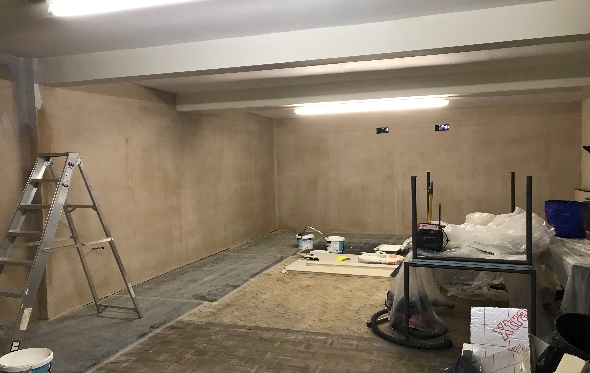 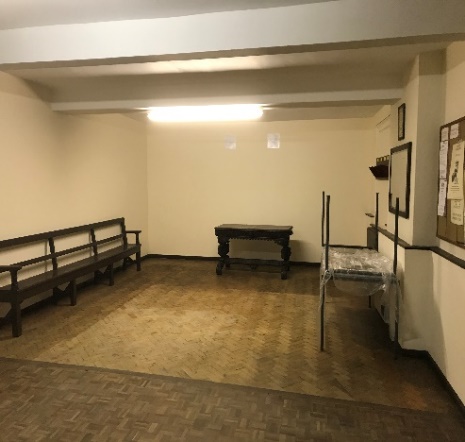 Air conditioning units were installed in the Higham robing room and main lodge room with the external condenser units being mounted above head-height to avoid vandalism and water-spray from the cattle-market next door: 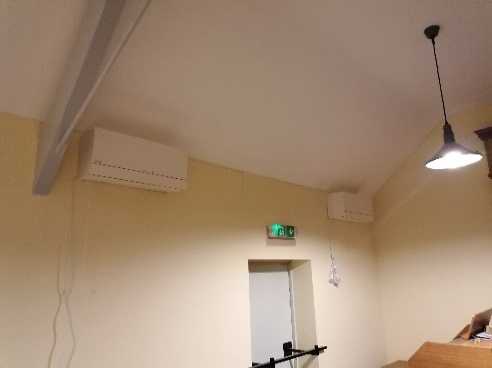 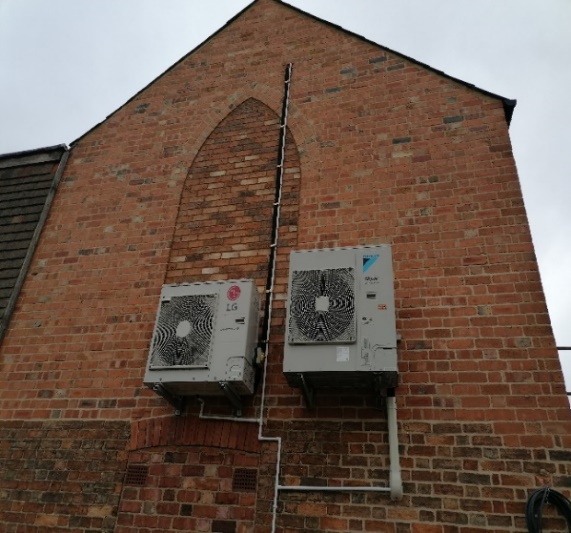 Lodge members undertook finishing and repointing of external brickwork as well as the installation of new fire-doors and surrounds: 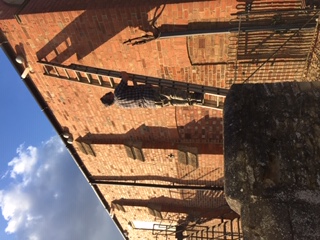 To enhance external drainage, a French drain was installed, which involved a significant amount of digging to make way for over 2-tons of gravel: 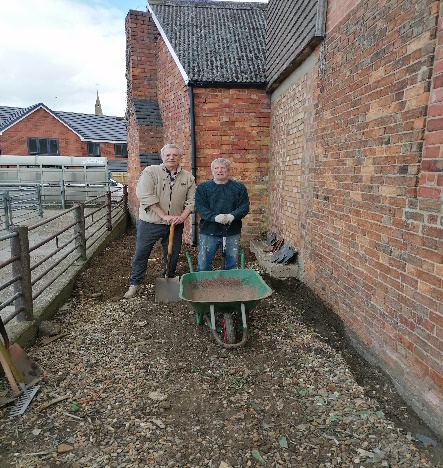 Having been sandblasted and overhauled, the fire escape was repainted and re-attached to the wall: 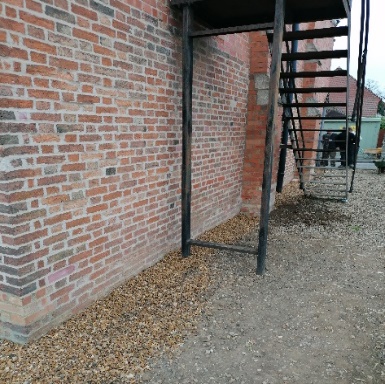 Despite a complete replacement of the roof felt and slates some years ago, a subsequent leak in a roof-gulley had caused significant damage to the internal stairwell wall.

Earlier remedial works had failed to remedy this problem, so it was decided to use high-tensile felt to re-felt and re-tile the affected area, which would cure the problem and allow the stairwell to be replastered and repainted: 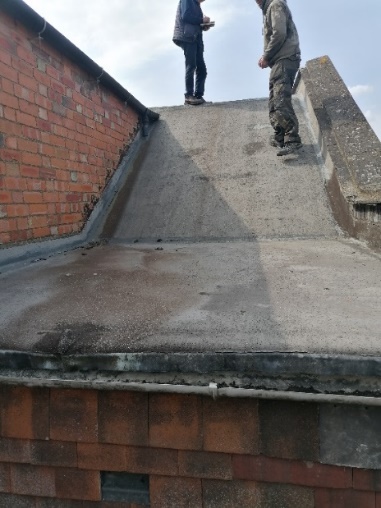 During the Committee's analysis of project requirements, the issue of obsolete light-fittings in the Temple was also identified.

In a “lightbulb” moment, it was agreed not only to replace the fittings, but also to invest in new glass lamp-shades:

We congratulate the Chicheley brethren on a job well-done and have no doubt that their efforts will ensure the continued enjoyment of Freemasonry at Thrapston for many years to come. 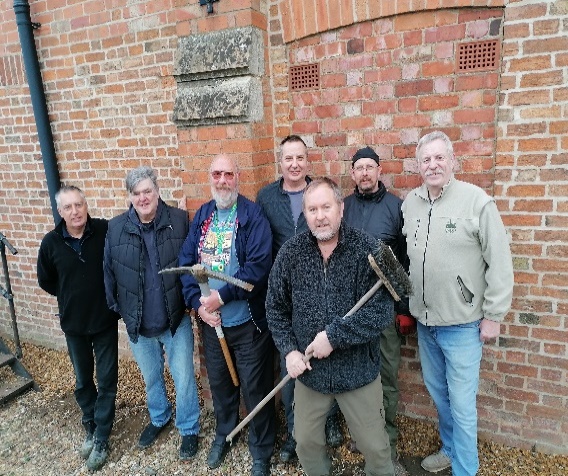